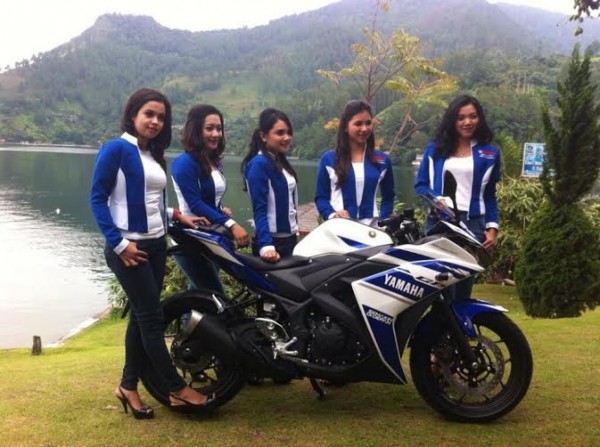 It is being expected that the Yamaha YZF R25 India launch would happen towards the end of this year. However, it has recently emerged that Yamaha India has imported an unknown 250cc motorcycle into the country for “Research and Development” purposes. There are very good chances that the imported bike is none other than the new Yamaha YZF R25, which has been unveiled in Indonesia recently. The 250cc Yamaha Motorcycle that has been imported into India has a declared value of INR 2,16,099. While the Yamaha has unveiled only one unit of this motorcycle to our country, this figure does give us a rough idea of what the Yamaha YZF R25 price in India could be like.

Going by the difference in price of Yamaha YZF R15 in India and Indonesia, along with the declared value of this imported model, it is expected that Yamaha YZF R25 Price in India could be pegged around INR 2.0 Lakhs. The new Yamaha YZF R25 is powered by a twin cylinder, DOHC 8 Valves, 250cc engine that has a max power of 36 ps@12000 RPM and peak torque of 22.1 Nm@ 10000 RPM. The Compression Ratio is rated at 11.6:1 and the engine comes mated to a six speed manual gearbox. The new bike has a wet weight of 166 kgs. The R25 is built around a tubular Diamond frame and the motorcycle has a fuel tank capacity of 14.3 L.