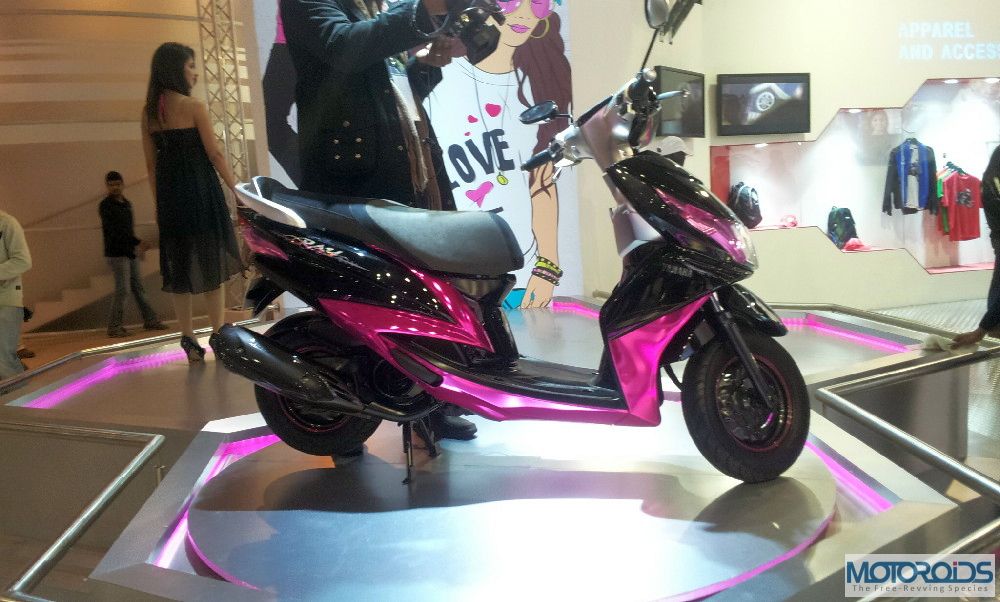 Remember the Ray? The pinkish-purple and black scooter showcased by Yamaha at the Auto Expo 2012, made popular by one John Abraham? Seems like the 125cc machine is actually going to become a production reality. Yamaha have been rumored to be willing to enter the scooter segment for a long time now, but the company hasn’t committed to anything substantial till now. Now Autocar India, the leading auto magazine in the country has broken the news that the Japanese bike major will be making an entry into the scooter segment with the Ray around Diwali.

Meant to target primarily the female customers, the Ray will most likely be powered by a 125cc single cylinder air cooled engine. The new scooter will have its styling, vivid colours, smooth ride and a big storage space as some of its USPs. Of course, John Abraham’s charm should go a long way in convincing the PYTs to choose this scoot over other options in the market. There hasn’t been any revelations on the pricing front, but expect the new bike to be priced between Rs 45-50K.

Yamaha is also expanding its plant capacity in India. The company’s plant in Surajpur should be able to produce more than a million units by the end of the year. Currently the plant has a capacity of about 6 lakh units per year. Apart from the plant expansion in Surajpur, Yamaha is also planning to build a new plant in South India. Seems like the Japanese major has quite a few exciting things planned for India. We’ll keep a watch!