We told you a few days back that Yamaha is readying three new vehicles to be launched before October 2010. The first of them is the SZ 150, which is scheduled for a 5th August launch. We were told that the SZ150 and the Fazer 250 are coming for sure, but our sources were not sure what the third bike was and speculated that it could be a 135cc step-thru that Yamaha was collecting customer feedback for. However, it seems that the step-thru has been put on the backburner for now. The bike is actually the one that has raised its head as a ‘new model’ called the ‘SS125’. It is a 125cc motorcycle that has mysteriously made its way onto the Yamaha India website. Whats even more mysterious is that it looks exactly similar to a certain bike called the ‘Gladiator 125’. Now we are sure you don’t remember that bike, so let us remind you – it was the same 125cc model which, inspite of many cosmetic upgrades, never attracted your attention when you went to the Yamaha showroom to repeatedly drool on the R1, R15 and the FZ.

So this time around Yamaha has thought of giving it a new name – the SS125 and are making it stand alongside the Gladiator in the showrooms and on the website as if the SS125 were the Gladiator’s angelic twin! C’mon Yamaha, we know you desperately want a scoop from Hero Honda’s market share, but that doesn’t mean you start acting like them and start giving your bikes new names and colours and claiming they are new vehicles altogether! 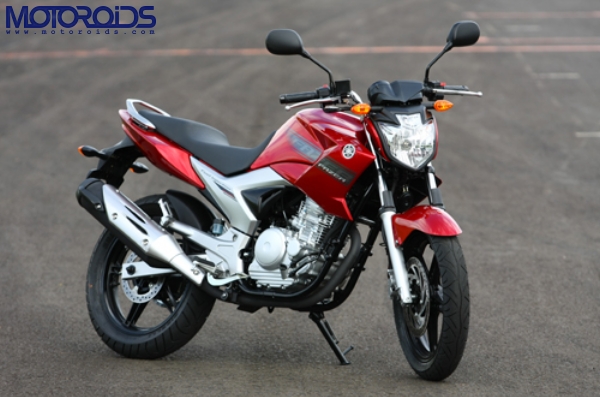 As for the Fazer 250, there is a small update. We are told that Yamaha is planning an event similar to the ‘India Bike Rally (IBR)’ that they organised last year. This event is expected to go on for three weeks and will conclude with the launch of the Fazer 250. Sounds like a great idea to us – now thats the kind of stuff we expect from you Yam!