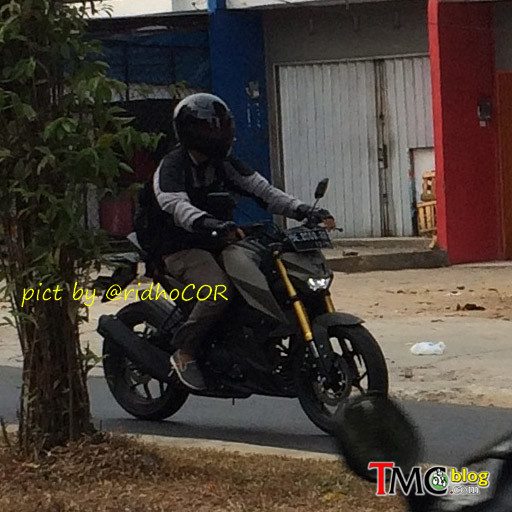 Riding the Indian Chief Vintage and the Indian Chieftain with Radio-frequency identification (RFID) enabled key fob was one of the most convenient things I experienced on motorcycles in the last few years. But one has to shell-out 35 big ones on the Indian motorcycles, or a relatively cheaper, yet exorbitant by itself amount for the Ducatis and BMWs of the world, to get this fancy feature on a motorcycle. 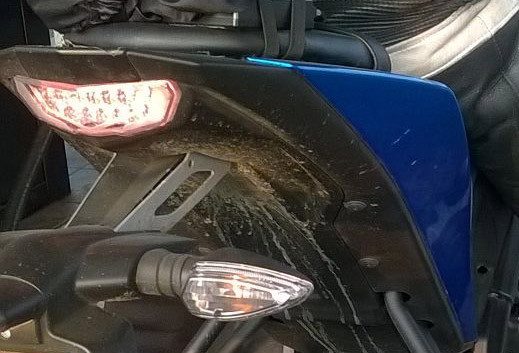 However, if a recent report from TMCBlog is to be believed, Yamaha may soon provide this technologically advanced feature on its upcoming streetfighter, the MT-15.  In case of a keyless ignition, a RFID equipped key fob in proximity of the motorcycle, sends a unique code to the receiver which unlocks and provides complete access to the vehicle. These new spy images are of the same Yamaha MT-15 test motorcycle that was spotted last week at a fuel station in Indonesia. 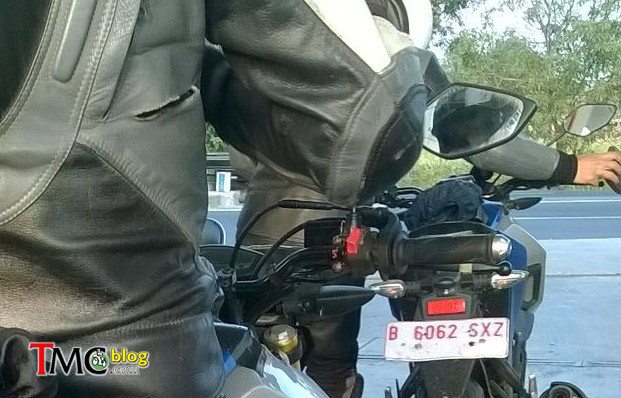 Previous sightings of the MT-15 test motorcycles, including the latest ones from Indonesia, reveal various design elements of this upcoming streetfighter. From what we could make out from the images, this new Tuning Fork badged motorcycle will get a single-piece low-slung headlight, possibly a projector, and golden coloured upside down front forks. The naked version of the Yamaha YZF-R15 will share various elements with the faired avatar, including the exhaust cannister, rear swing-arm, the engine, foot rest hangers, the rear mud guard and the famed Delta Box frame. 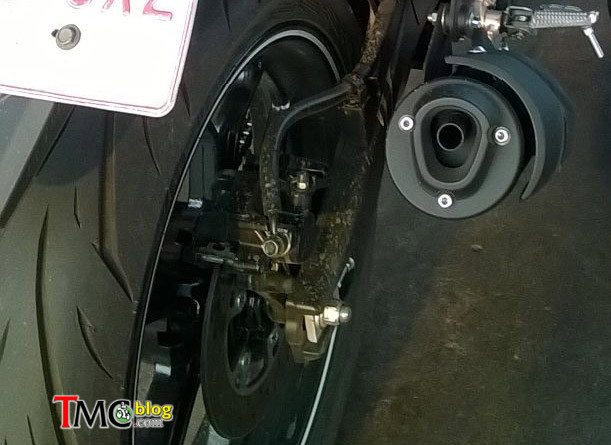 What will be different from the faired version is the inclusion of tank extensions, a single headlamp assembly, an engine shroud and a single-piece streetfighter style handlebar. The motorcycle will not get steel-braided brake lines, which despite being costlier, would have added to the premium look and braking performance of the motorcycle. 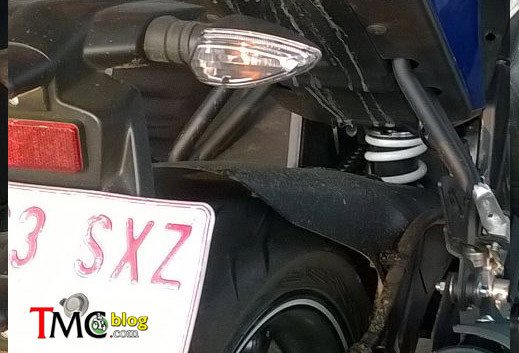 As stated in previous reports, the upcoming Yamaha MT-15 is expected to draw power from the same engine as the YZF-R15. So expect to see a liquid cooled, 149.8cc, SOHC, 4 Valve engine capable of delivering 17PS of power and 15Nm of torque to propel the MT-15. How soon can we get to enjoy this motorcycle? The latest images indicate that the Yamaha MT-15 is nearly production ready and we expect to hear about this motorcycle from the Japanese manufacturer very soon, most probably at the upcoming EICMA motor show.