Home News Spied and Rendered : The Yamaha MT-15 could be a R15 based naked street fighter 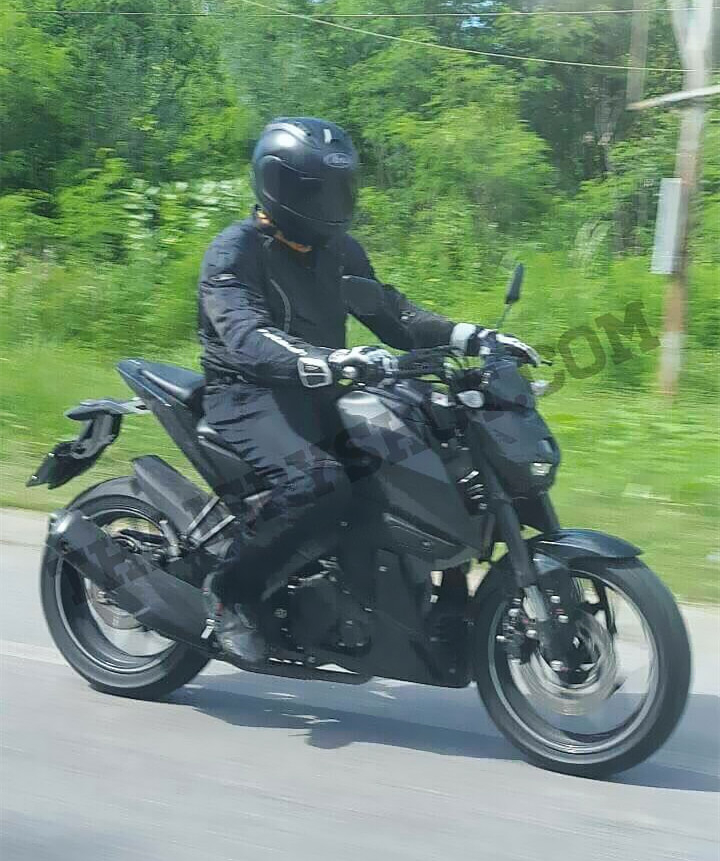 New spy-shots from Thailand show what could possibly be a Yamaha MT-15 prototype, essentially a naked version of the YZF-R15. Now the South East Asian market is a hot bed for all the naked MT stuff, which include the MT-25 and the new MT-03, both unclothed versions of the R25 and the R3 respectively; made as well exported from Indonesia. This is where the MT-15 fits in, considering the R15 is still a popular motorcycle in that region. 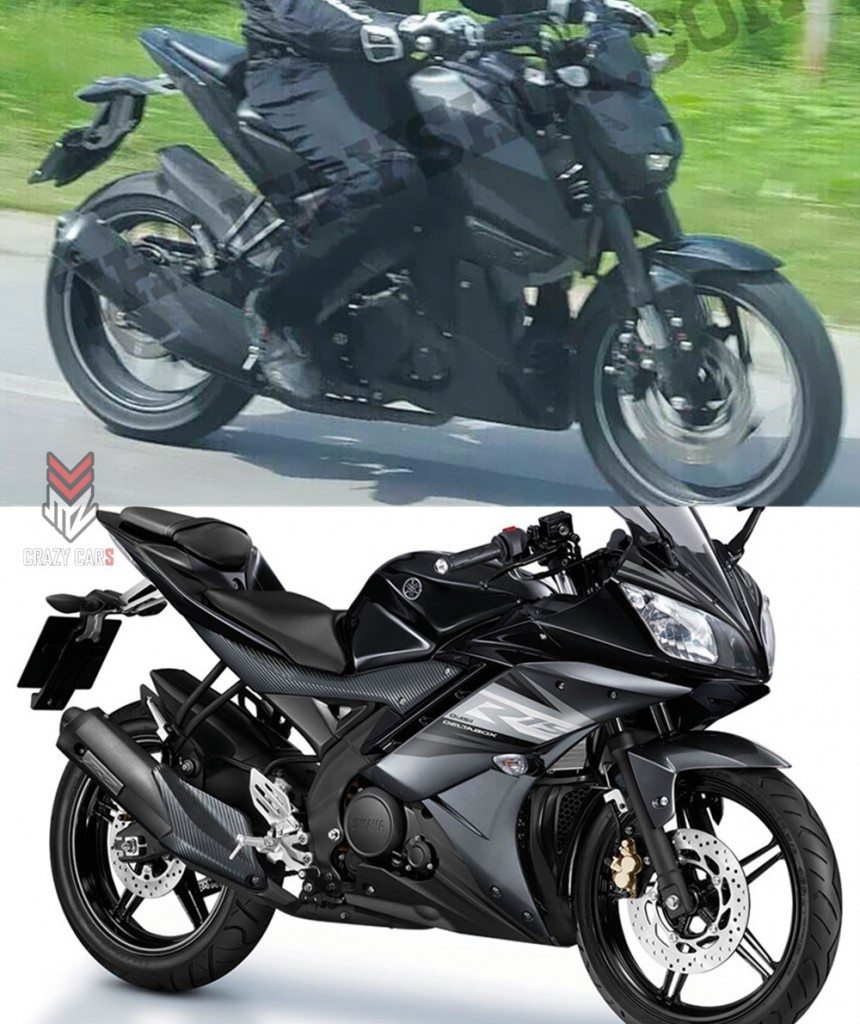 Upon closer inspection, one can spot familiar R15 V 2.0 elements in the prototype, which include the exhaust cannister, rear swing-arm, the engine, foot rest hangers, the rear mud guard and the famed Delta Box frame. However, the prototype features upside down front forks, a feature absent not only on the R15, but the R25/MT-25 and R3/MT-03 models as well – just like the Delta Box frame, which is exclusive to the R15, making it the only small capacity motorcycle from Yamaha to feature one. It can also be speculated that the MT-15 will be based on the third generation R15, which might have a revised suspension set-up, amongst other tweaks.

The bodywork is altered significantly to present the naked street-fighter look, and the R15’s full fairing makes way for sharp tank extensions, a compact single headlamp assembly and an engine shroud. The handlebars have also been raised for a relaxed riding stance. Yamaha’s new naked street-fighter is expected to use the same engine on the R15, which is a liquid cooled, 149.8cc, SOHC, 4 Valve engine, good for 17PS of power @ 8,500rpm and 15Nm of torque @ 7,500rpm. Will it come to India? We’ll have to wait and watch. 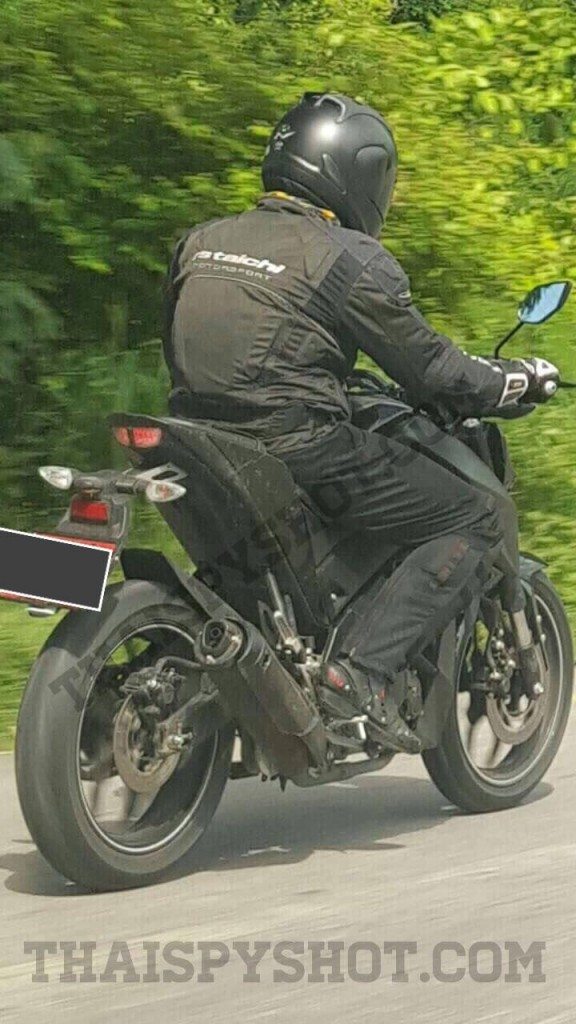