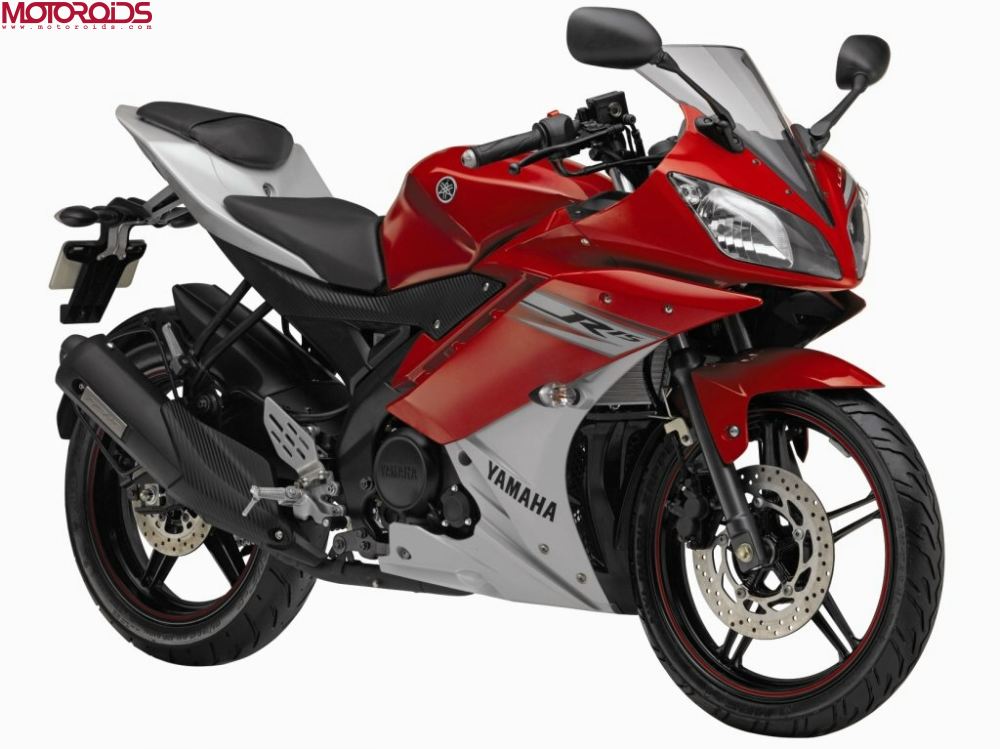 Indian wing of Yamaha Motorcycles is back with the YZF-R15 One Make Race Championship. The third edition of the championship takes place at the Kari Motor Speedway, Coimbatore. The championship has 5 rounds to go before reaching its conclusion on 30th September 2012. This event is being held in association with the Madras Motor Sports Club (MMSC) and the Federation of Motor Sports Clubs of India (FMSCI). This event is also a part of Indian National Racing Championship 2012.

The races are being held in two categories – Novice and Open. The qualifying rounds for Open category are scheduled for today with the session for Novice category taking place yesterday. The top 15 racers from both qualifying session mentioned above get to participate in races.

The contestants will be seen using their YZF- R15 version 2.0 which has always won a  lot of appreciation for the great handling package it offers. In these races, the bikes will make use of the popular Daytona Racing Kit that takes the experience on this bike one step further.

The winners of the R15 One make Race championship 2012 will get to represent India Yamaha Motor at the Yamaha ASEAN Cup 2012 that is scheduled to be held later this year.

Commenting on the occasion, Mr. Jun Nakata, Director – Sales and Marketing, India Yamaha Motors said, “We are happy to be back with our annual racing event which all the racing enthusiasts eagerly look forward to. This is a great opportunity for them to hone and display their skills in motorcycle racing. We have already organized this year’s Riding Clinic which proved to be very helpful for the racers most of whom would be seen participating in the R15 One Make race as well. The idea behind conducting such riding events is to identify and nurture talent in India that will one day be capable of representing India at the MotoGP races.”

“I would also like to extend my best wishes to Mr. S Shankar and Mr. Dinesh Kumar, the winners from last year’s R15 One Make Race championship 2011. They will be representing us at The SUGO Race in Japan in June this year.”