Home Comparisons XUV500 vs Safari Storme vs Yeti vs Duster vs Terrano: Spec and price comparison

Here’s how a XUV500 vs Safari Storme vs Yeti vs Duster vs Terrano comparison would stack up on paper. While the new Yeti is priced above all of them, we thought it’d make a fitting candidate for this comparison because of it’s true lack of competition due to it’s unclear positioning. 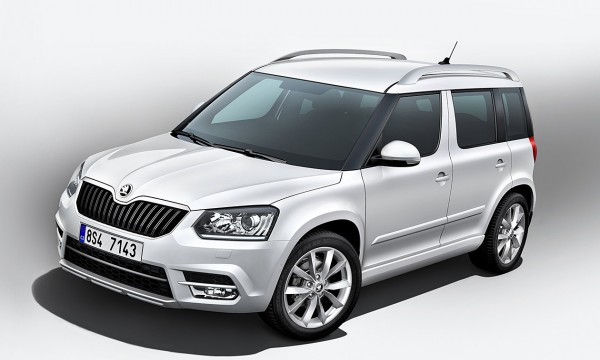 The refreshed Skoda Yeti is the freshest entrant to this SUV space. An outstandingly capable product, the Yeti isn’t your archetypical, flashy SUV on the outside. Laden with an exhaustive feature list and sharper looks than before, the new face lifted Yeti continues to be available with the 2.0 liter TDI engine in two states of tune. For the less expensive 4×2 variant, the engine produces a peak power of 110PS @ 4200 rpm and peak torque rated at 250Nm between 1500-2500 rpm. The top of the line 4×4 version, on the other hand gets a more powerful version of the engine with 140PS on tap, produced at 4200 rpm, while an impressive 320Nm of peak torque is produced at 1750-2500 rpm.

Those docile looks hide multiple talent streaks and the Yeti  is for those who are willing to delve deeper into a car’s character rather sway to the outside flash. The fifth generation Haldex clutch equipped 4X4 versions are a powerhouse, with impressive drivability, dynamics and even rough road credo.

The Mahindra XUV500 is amongst the two home brewed specimens in the comparison. Looks are subjective, but the XUV500 is beautifully proportioned, yet the details appear overtly fussy- and the build quality suffers a tad. The XUV500 packs in a host of features as well, especially the top end W8 and the recently launched Sportz variants.  The XUV500 gets a 2.2-litre mHawk engine producing 140bhp and comes bolted to a 6-speed manual transmission.

Flashy looks aside, the XUV500 offers a pretty capable drive train and the new monocoque construction offers dynamics unheard of on any Mahindra. The levels of equipment on offer are also commendable, and the XUV500 offers great value for the price. 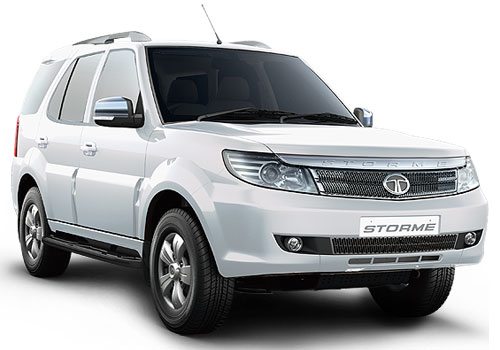 The Tata Safari has been around for quite some time now- 17 years to be precise. The new Storme tries hard to hide the age, but Tata’s reluctance to overhaul the exterior shape on the new model means that the Storme still resembles its old predecessor. The Storme is a completely new car underneath though. It is now being built on a shortened version of the tubular frame chassis that underpins the Aria and it’s powered by a 2.2 litre Dicor turbo diesel engine that produces around 140bhp and 320Nm of torque. There’s also a capable shift-on-the-fly four-wheel drive system, and top end variants are pretty well kitted out.

The Safari Storme is a big, roomy old-school brute which will tackle the rough capably, as well as offer the most metal for the money. Occupants also benefit from sublime rear seat comfort and exemplary ride quality. However, the old Tata quirks including less than average build quality and iffy dynamics continue to plague the Safari Storme. 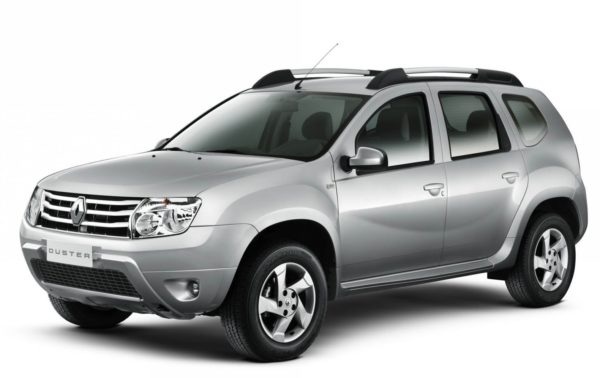 The Duster single-handedly turned the tides of Renault in India, generating manic sales within a short period of time. Now, however, the smaller and funkier Ford Escosport has taken a toll on the Duster. Armed with butch, full-blown SUV looks, the Duster is available in both petrol and diesel guise. The petrol unit is the same that powers the Nissan Sunny and the Renault Scala. The diesel mill is the renowned K9K and is available in two states of tune – 85bhp (again exactly the same as Sunny and Scala diesel) and the 110bhp with six-speed manual gearbox that propels the Renault Fluence. The Duster isn’t as feature rich as the others here, mostly because it was developed as a low-cost compact SUV by Renault’s Romanian connection Dacia elsewhere in the world- the top end variants do gain some equipment though.

The Duster doesn’t offer too many features and even appears to be a little bare inside-out for the money, but its aggressive appearance, excellent ride & handling coupled with the capable engines makes it a winner – and the sales charts clearly reflect that 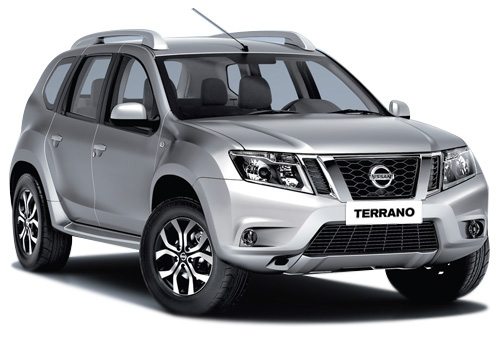 In a bid to grab a share of the compact SUV pie, Nissan went ahead and built its own Duster derivative called the Terrano. Admittedly, the Terrano looks smarter and sharper than the Duster. The Nissan Terrano is available in both petrol and diesel guise. The diesel version is powered by the same 1.5-litre dCi engine that powers the Duster and will be available in two different grades – the 85bhp base variant and 110bhp for the top spec version. Similarly, the petrol XL variant gets the 1.6-litre four-cylinder unit churning out 102bhp and 145Nm of torque. Ride quality and handling of the Terrano reflects that of the Duster, which was good enough. The Terrano is decently equipped and top-end variants even get wooden and leather trim on the inside.

The Nissan Terrano is positioned as the Duster’s premium counterpart. Though the car genuinely ups the styling quotient from the Duster, there’s a distinctive price difference between the two- almost 40k INR even for the top end variants. In a price sensitive Indian market that makes a difference, and Nissan isn’t exactly pushing a hell lot of Terranos.