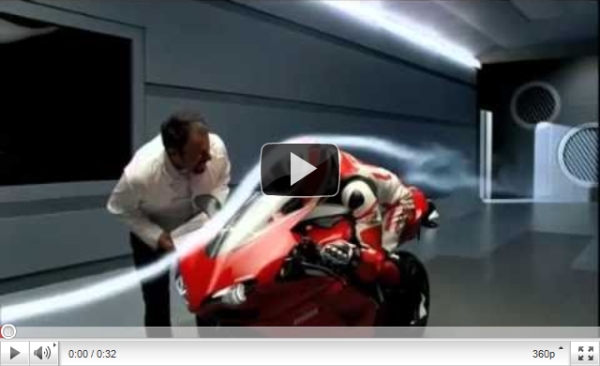 Ducati has already announced that it won’t participate in the 2011 World Superbike Season with a factory team. But that hasn’t stopped their title sponsors ‘Xerox’ from featuring the Italian marquee in one of their latest commercials. The new commercial has a Ducati 1198 testing in a wind tunnel. Xerox says that Ducati’s personnel do better work they are actually developing motorcycles and technology. The ugly work like writing owner manuals in varied languages is better left of business experts like Xerox – which if you don’t know, is a brand that does much more than just photocopying. But since the word ‘xerox’ has become synonymous with photocopying, people seldom think beyond the obvious.