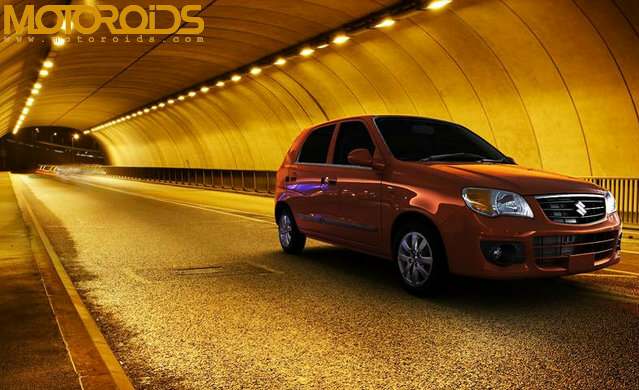 The Alto K10 is selling like hotcakes, and creating history in the Indian car market. The car has sold more than 20,000 units since its launch and is going stronger with every passing day. With bits crazy sales numbers, car has become the fastest selling model in the country ever. The term fastest here means selling in huge numbers immediately after the launch
Alto is anyways the country largest selling car model, and it used to sell around 20,000 numbers per month before the launch of the K10. However, after the launch of the K10, the company is selling a consolidated 28000 units per month.  Maruti Suzuki is now expecting 30,000 sales per month, after witnessing such terrific response. But that’s not all, people with knowledge about the industry are speculating 40,000 units per month if the company somehow managed to work its way around its capacity constraints. The car sold a whopping 2,40,000 units last year
In recent years, the hot selling models in the Indian car market include the Ritz, the Swift and the i20 during its initial days.