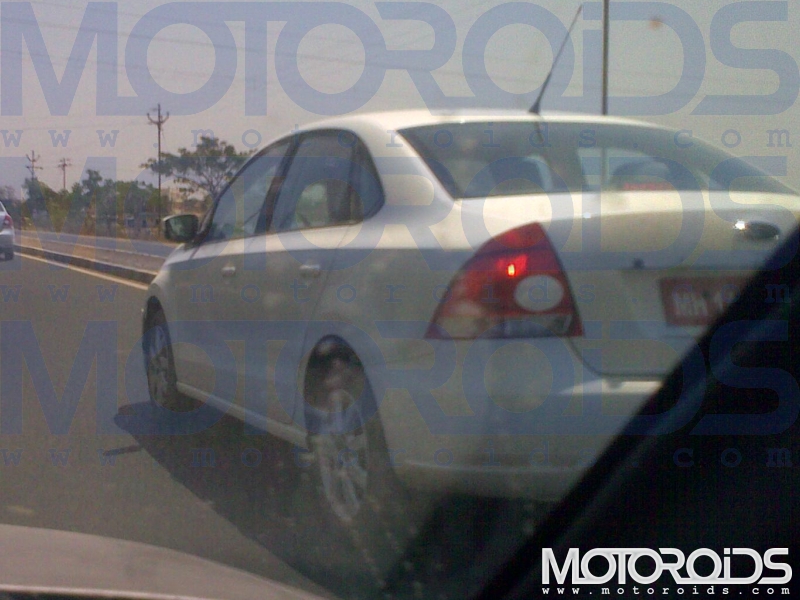 What you can see here are the first ever photos of the 2011 Volkswagen Polo Sedan caught on test with minimal camouflage! What’s more, the car is going to be manufactured right here in India at Talegaon’s Chakan plant. Before we continue, lets go back into time a little. Do you remember the scoop photos of the Figo that we posted a few months ago? Ford had cunningly made the test mules look like a mid-size sedan and tried to fool the spy photographers into believing it was the new Fiesta. 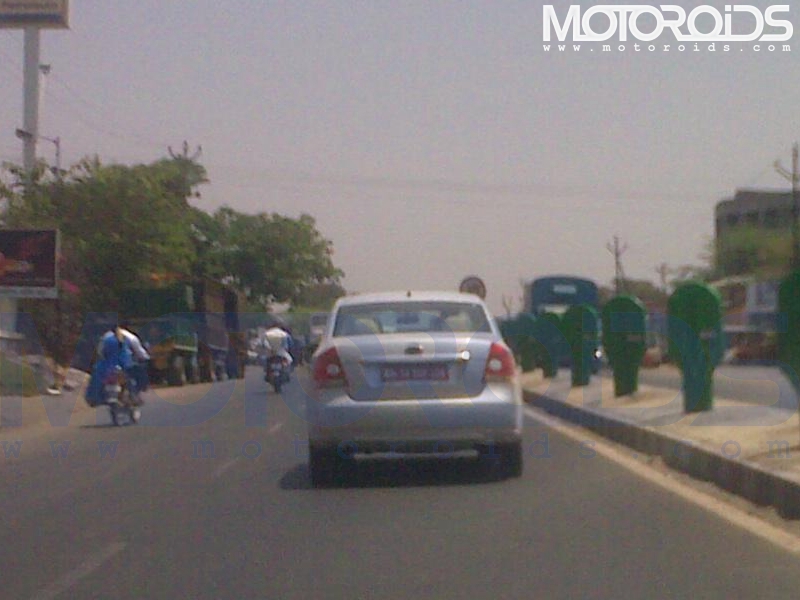 Well, VW have done something similar here and affixed blue oval monograms on these test mules to make them appear as some kind of a new Ford! Whats more, they have gone ahead and affixed reflective stickers around the head and tallights to make the tail look like a Mondeo spin-off and the front like a Figo spin-off. But the smart asses that we are, we have dissected these photos to give you evidence on why this is a VW Polo Sedan and not any other vehicle. Head over to the second page for the clarification. 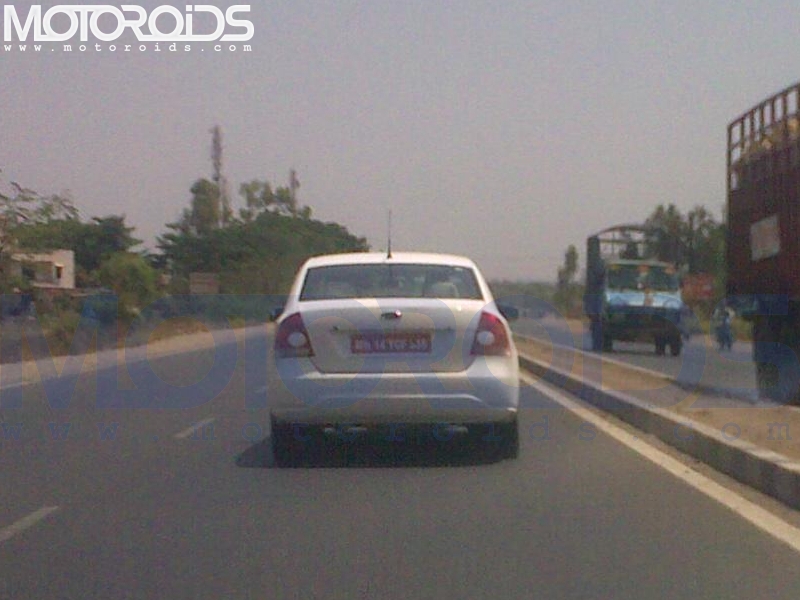 Photos by: Rohan a.k.a Raven 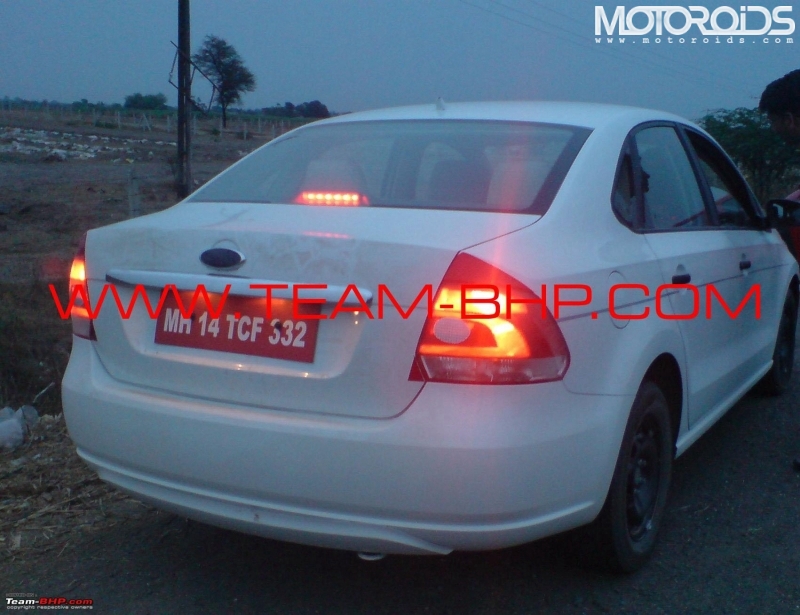 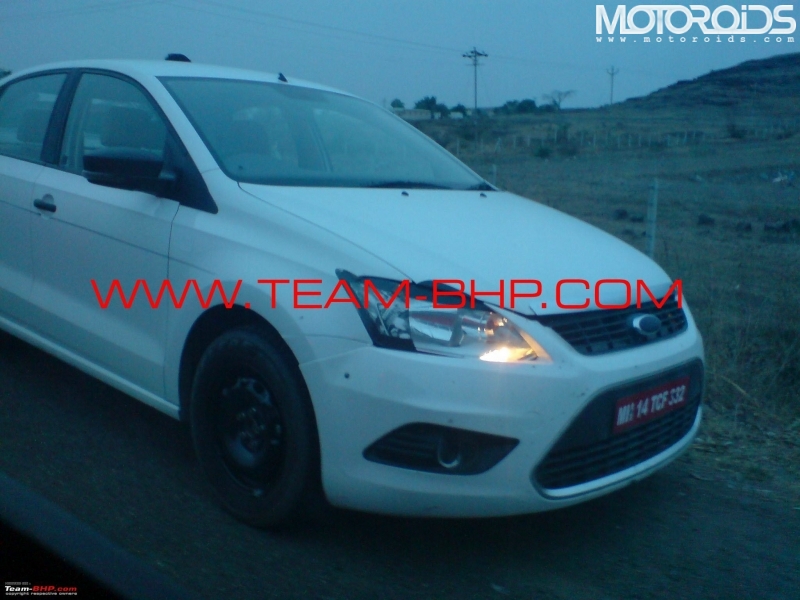 Still think this car is a Ford and not a Volkswagen? Click on next to read more!

Find out what people think about this car on the Motoroids Forum! 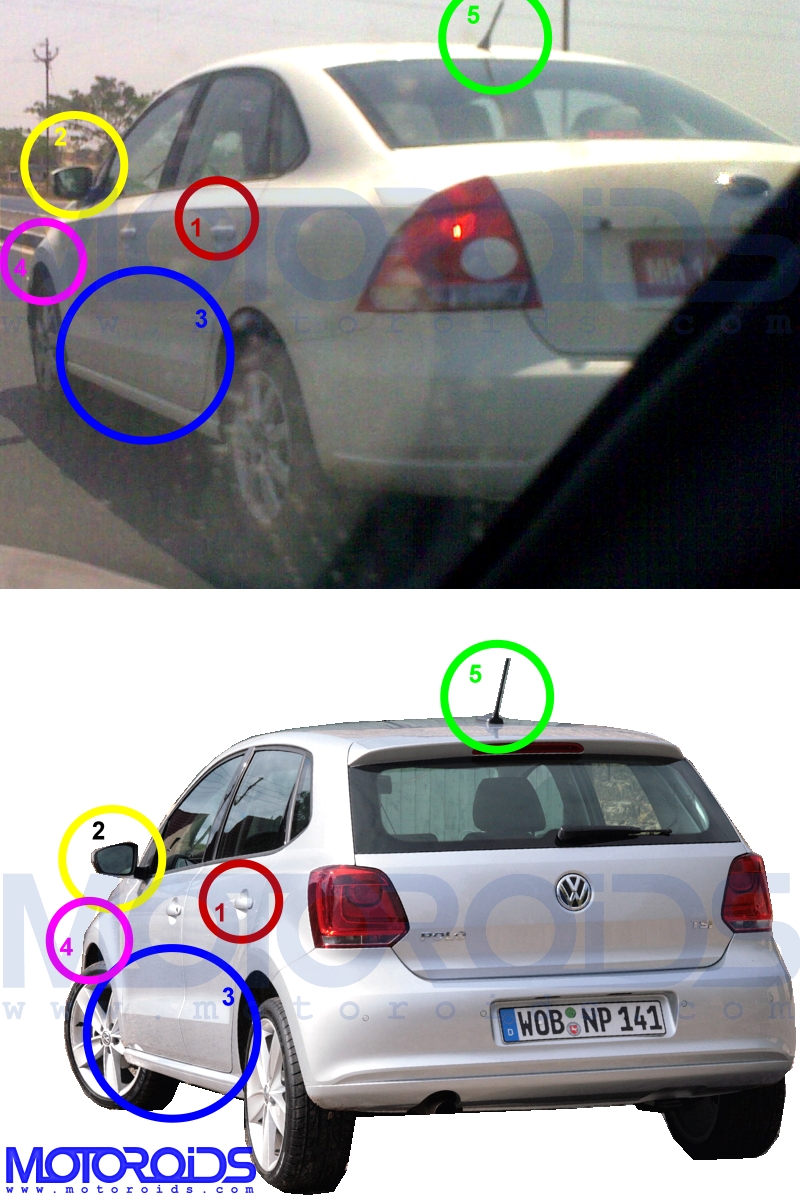 1. The pronounced shoulder line, the shape of the window and the kink, and the design of the door handles is exactly the same as the Polo.

2. ORVM – two tone finish, same as Polo, and the shape too is similar.

3. Same is the crease above the sill, at the bottom of the doors.

4. The flare and the shape on the edges of the wheel arches too is exactly the same.

5. The radio antenna on both is the same. 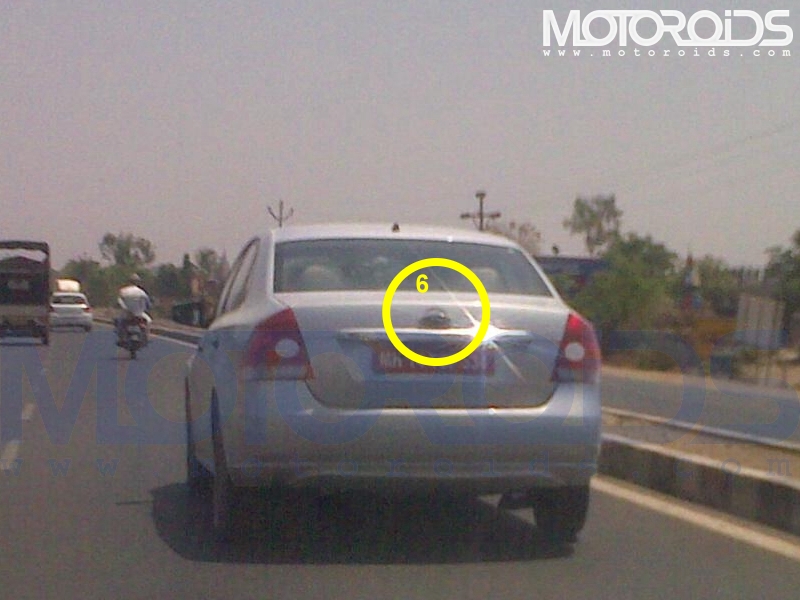 6. Mounting for a circular VW badge under the fake logo. 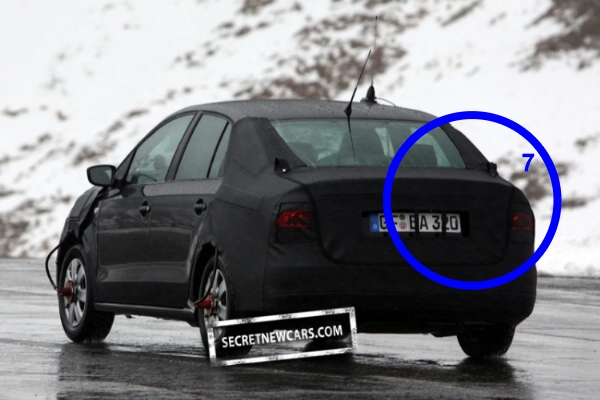 7. Shape of the boot is exactly similar to the one shown in the earlier spy pics. 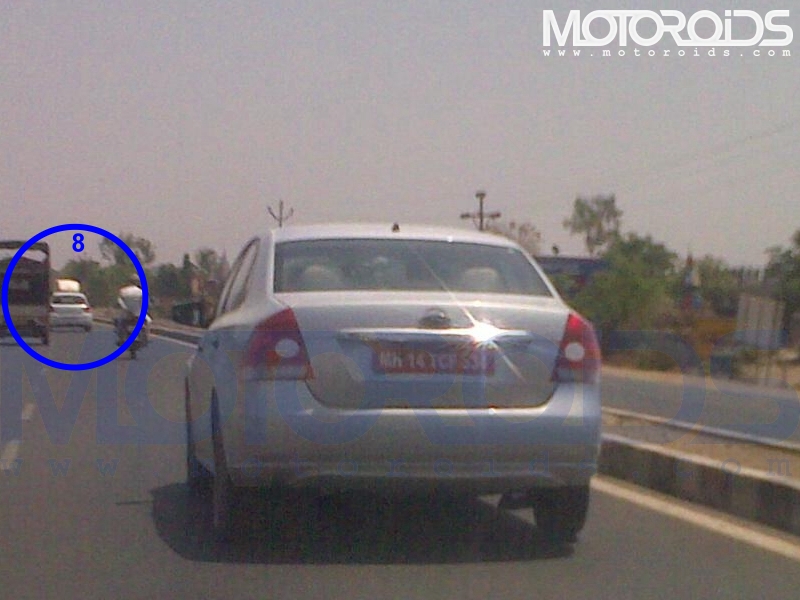 8. The whole bunch of the test mules was led by a Polo and there was a Skoda Fabia tailing the group.

9. Looks bigger than the Polo in the pictures, which is surprising, but may look different in person.

Find out what people think about this car on the Motoroids Forum!

We believe that the 1.2-litre petrol and diesel mills that currently power the Polo wont work and wonders for this car in terms of performance. However, VW might just plunk them into this car to take advantage of the tax cuts and hence offer the base variant in a price bracket that will help the car take on the Swift Dezire and the Indigo Manza. A 1.6-litre petrol from the Jetta looks like a viable option too – both in terms of performance as well as competitor stats. With decent amount of power and probably a 1.6 TDI sibling, the top end models of the Polo sedan will take the fight to the Honda City, Ford Fiesta, FIAT Linea and the upcoming Toyota Etios sedan.

Artist impression of the Polo Sedan as found on the internet

We won’t be surprised if the 1.2-litre TSI mill from the Polo’s export variant makes it to the Sedan as well. VW India’s member of the board of directors, Mr. Neeraj Garg had confirmed the arrival of a Polo-based sedan in the second quarter of 2010, however there seems to have been a delay! But looking at the cars on test here, they look as if they are ready to start rolling off the production lines any time soon.