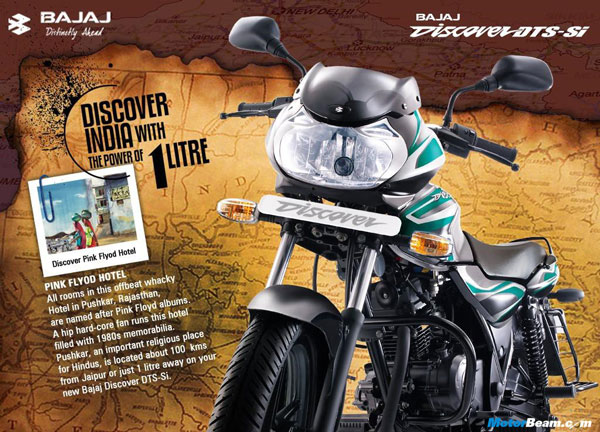 When it comes to pure commuters, Hero Honda comes first in the list of manufacturers. Since the times of its CD100s, Hero Honda has marked a huge impression in the minds of the Indian people which make them believe, “100cc ho toh Hero Honda”. But, the words fill it, shut it and forget it did make some meaning as far as the Hero Honda vehicles were concerned. No doubt, Hero Honda has been the market leader in the 100cc segment in the Indian two wheeler market.
However, the scenario seems to be changing off late. Hero Honda had a market share of 69% in the 100cc segment which has been trimmed down to about 64% in the past few months. Might not be a big deal in case of numbers with the ‘per cent’ sign, but could this be the beginning of something? The prime reason for the change in Hero Honda’s market share figures is the rival by the name Bajaj Discover 100 which was launched earlier in August 2009.
The Discover 100 however is not the only contender that is trying to pull down the sales percent of Hero Honda 100cc bikes. Lately, Yamaha, TVS and HMSI too have shown their interest in the bread and butter 100cc segment of the Indian two wheeler market.
“Our company’s 100cc market share rose by 6% to 23% in the October-May period, while Hero Honda’s share in the 100cc segment fell from 69% to 64%. Even in terms of profitability, Bajaj has made rapid strides. Our target is to bring down the share of entry level (lowest priced bikes) in our portfolio to 16% by the end of this fiscal against 42% in 2008-09. This will ensure better profitability”, said S Sridhar, CEO, Two-Wheeler Division, Bajaj Auto Limited.
Source: DNA
Bajaj Auto
,
News
,
Comments
Leave a Reply Cancel reply