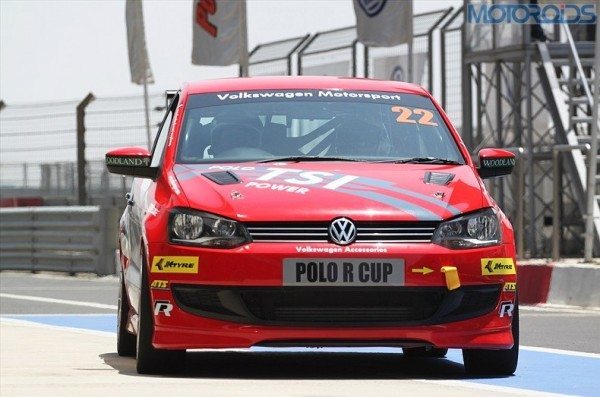 We recently drove the 1.4 TSI Race Polo on Buddh International Curcuit. Volkswagen has been conducting the Polo R Cup since 2010 and they enter the fourth season, they held the Fitness camp for the newly selected driver at BIC. If you like race cars and motorsports, grab a bag or pop corn or a bottle of beer because we about tell you a lot of interesting things about both. First the car.

The car is as fast as the long name. When we got the invite for the event, we were under an impression that it would be the newly launched 1.2 TSI Polo GT. It was a polo, it was a GT all right but that is where the similarities ended. When I got there, I was greeted with was the race spec Polo TSI – the one to be used in Polo R Cup. This was introduced in 2012. It is powered by a 1.4 litre turbo charged supercharged monster of an engine which churns out 180 bhp and enough torque to rotate the moon.

About the Race Polo for polo R Cup

The shifting of gears was done by DSG (Direct Shift Gearbox), the technology used in the newly launched 1.2 TSI. So yes, this is a live example of a race technology making its presence in everyday car. The interiors were stripped out, the seat replaced by race bucket seats with 5 point harness belt, and a roll cage added. My first experience driving at BIC and I was already loving it. 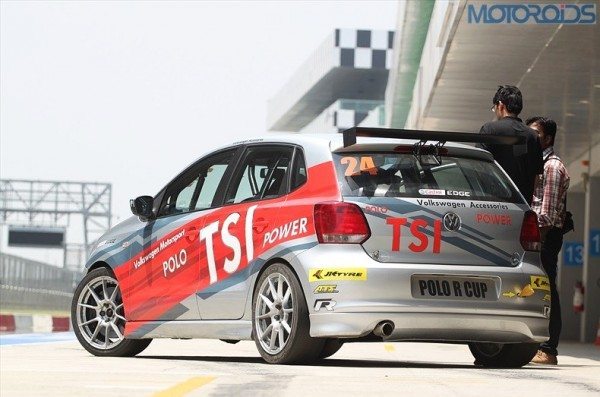 When my time came, I got into the car, strapped on the helmet, flicked the switch, turned it on, turned the ignition and the roar of the engine woke up our editor in Mumbai. The tires were slick race tyres which provide the required grip when you push the car hard. Exited the pit lane at slow speeds and then just after the first turn, the fun started. I literally put the pedal to the metal as there was no carpet between the floor and the pedal. The DSG gear box switched quickly between the gears and the car just kept going on, braked hard, turned hard and then floored it again to a nice straight where the car effortlessly reaches 180 kmph. However, once in Sports mode, as soon as you brake for a turn, you feel the gear shifts as the gear shifts try to keep you in the power band – all the time. Great for hollering out of the turn but the down shifts keep the revvs high and was a little jerky. But then I was slowing down form 150/180 kmph to 100/ 60 kmph. While it was jerky not even once did the car feel it had lost control. After all it’s a race car. The tires were grippy and while I did lose traction once and slid, I managed to stay on the track and continued. You drive at the edge of the grip and wonder how much further you can go before they decide to breakup with the tarmac. I tried to keep the bond between the road and tires intact. The car goes around the turns with panache and takes hard turns with aplomb. However all the fun lasted only five laps as they had to start the practice session for the young drivers of this season’s Polo R Cup. 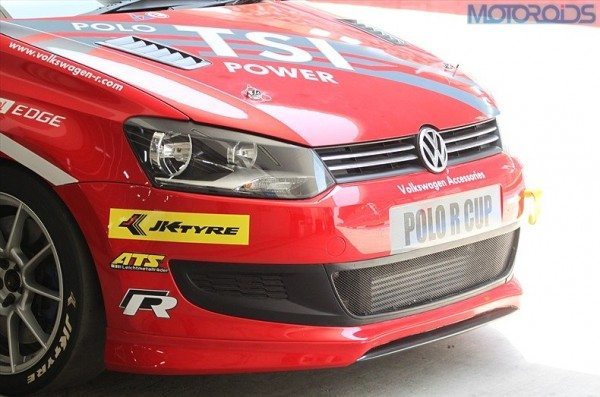 We at Motoroids love motorsports and feel that the races like the Polo R Cup are a great passageway for driving talent in India to showcase their talent at international level. The winner of the Polo R Cup , will get to race in the Sirocco R cup in Germany. Past winners of Polo R Cup: 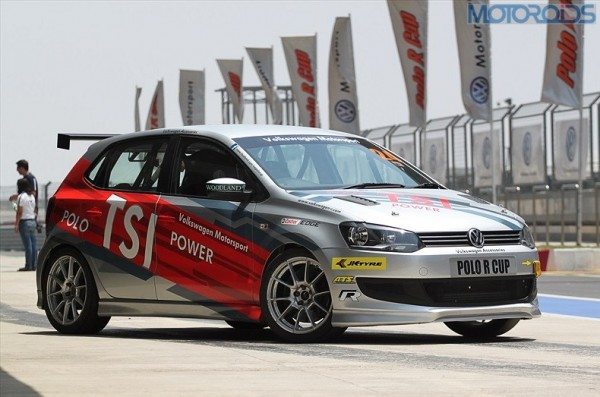 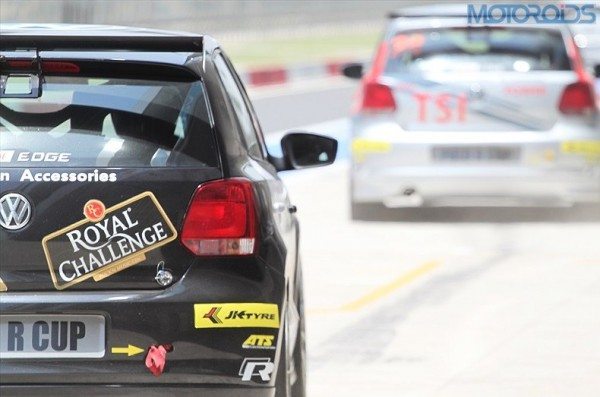 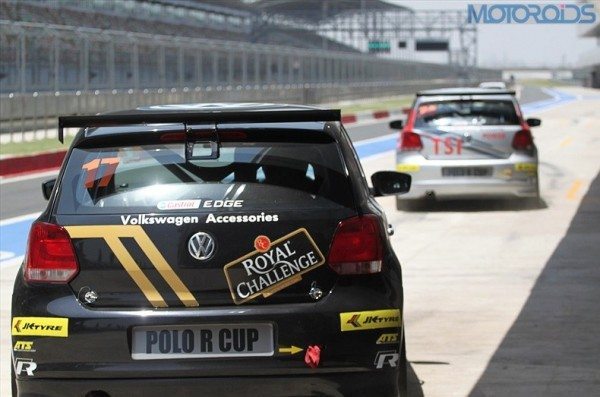 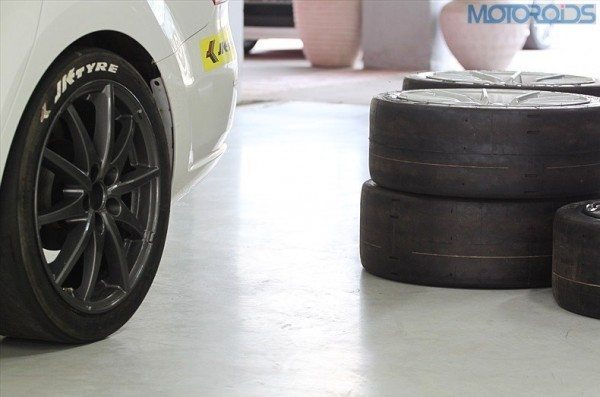 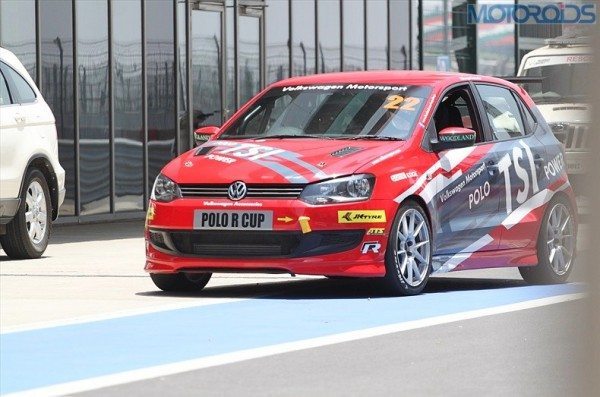 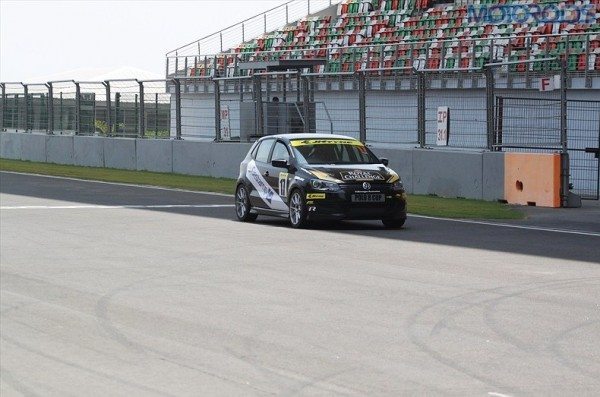 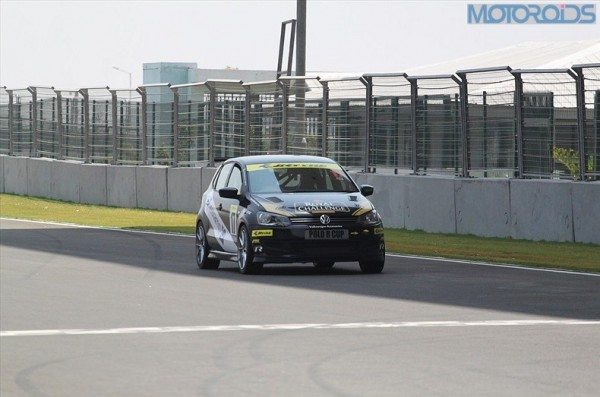 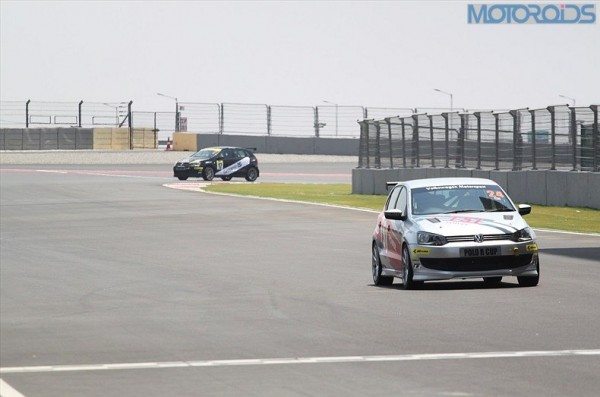 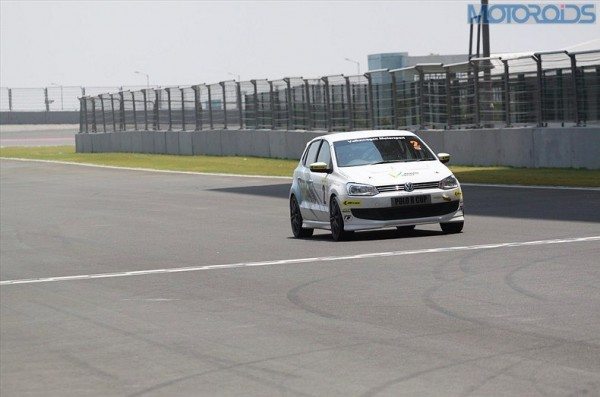 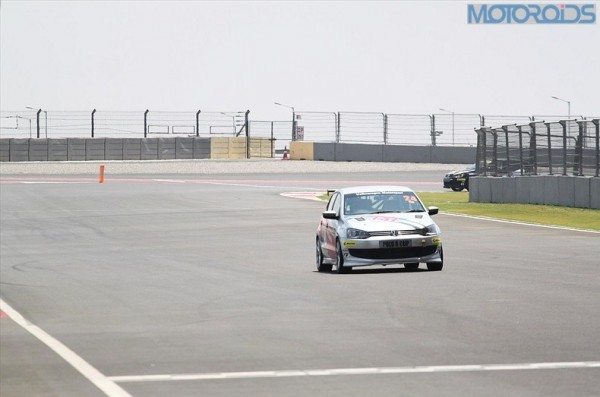