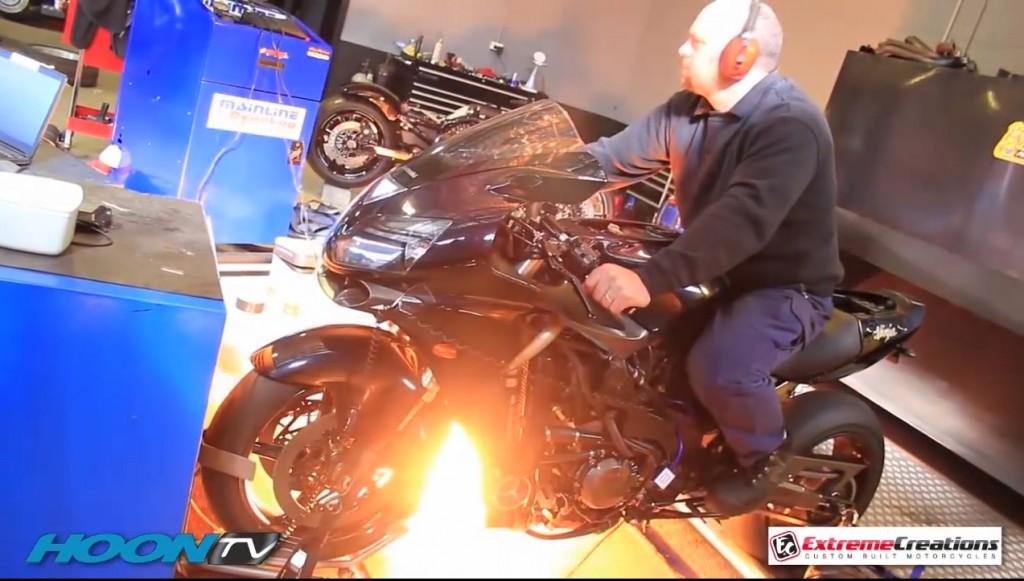 The ZX14Rs and the VMAXs of the world are few of the names that strike while talking about staggering horsepower figures packed into a motorcycle- but these are all factory figures. There’s no dearth of enthusiasts for whom enough horsepower is….. well never enough. In fact the most atrocious figures we would have ever heard on a motorcycle has to be Ghostrider’s Turbobusa that cranked out an outrageous 499 bhp popping wheelies while going over 300 kms an hour. It’s indeed been a long time since we have come across someone trying to whack out mindboggling numbers from a motorcycle engine until now. 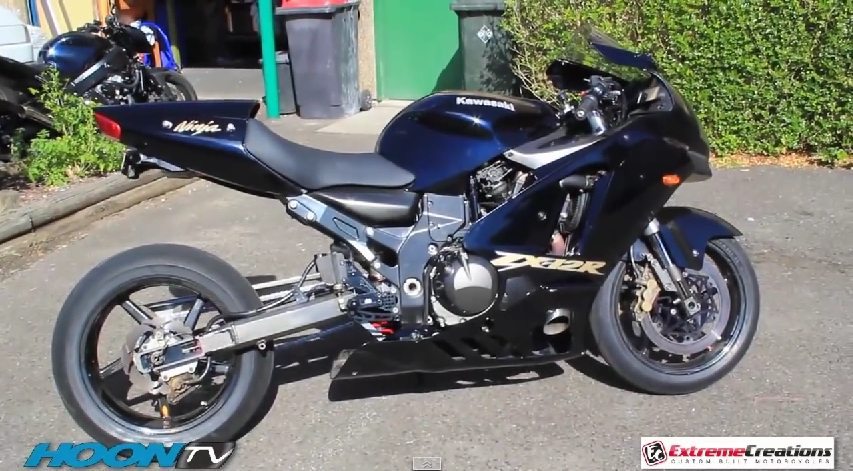 Meet Ben Shaw from Sydney’s Extreme Creations who has managed to tune a Kawasaki ZX12R to produce a shattering 507 bhp- and these figures aren’t measured at the crank, but at the rear wheel. Though Ben hasn’t disclosed the complete set of modifications, but with a turbo charger and intercooler in place which he states to be good enough for regular street use. Other visual hints on the sedate looking ZX12R is an extended swingarm and a set of BST carbon rims. 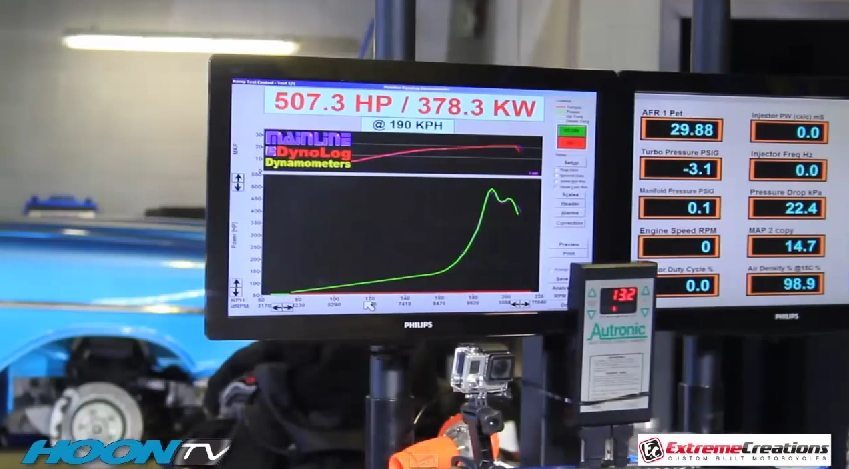 We can’t certainly say as to how street friendly this 507 bhp ZX12R would be. But in case it’s fit for street use, we’re pretty sure would make the rider’s palm sweat even before the engine is cranked to life. But as of now the ZX12R is furiously spitting flames and screaming its lungs out on the dyno. The puttering sound during idle might sound a bit weird, but hitting the powerband- the ZX12R’s scream is pure symphony.