Home News VW Taigun Small SUV could be launched in 2016 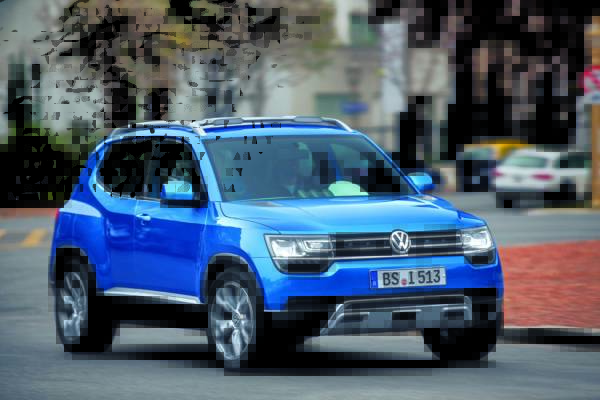 It has emerged that the boffins at German auto giant Volkswagen have given a thumbs up to the  Taigun small crossover and the Small SUV could now go on sale in 2016. It has also emerged that the Taigun is unlikely to make it to the U.S. due to its compact dimensions and small, three-cylinder, gasoline and diesel engine options. These motors could come paired with 5 speed manual transmissions or Dual Clutch auto ‘box.

The VW Taigun small SUV was first seen at the Sao Paulo motor show last year and the upcoming car will be a Ford EcoSport and Renault Duster adversary. The Taigun, though, will have only a front wheel drive layout since it borrows its platform from the Up! city car. However, it surely is longer than the Up!.

VW says that the Taigun could also rival the Fiat Panda Trekking and the likes. The Volkswagen Taigun launch date hasn’t yet been announced but we have got to know that the car has entered an initial engineering program and could be launched sometime in 2016.