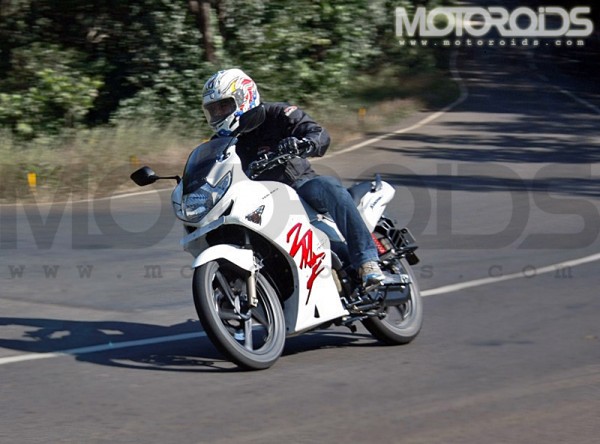 In a clear testimony to the prudent financial management befitting the market leader, HMCL today reported Profit-Before-Tax (PBT) of Rs 750.1 crore, way ahead of the PBT of Rs 734.9 crore in the corresponding quarter (April-June 2012) and Rs 685.7 crore in the previous quarter (January-March 2013). This has come about despite a marginal decline in volume sales in the quarter against corresponding quarter (April-June 2012).

Announcing the first quarter numbers here today, Mr. Pawan Munjal, Managing Director & Chief Executive Officer, Hero MotoCorp Ltd., said, “The fact that our PBT has surpassed the previous as well as the corresponding quarter, despite a marginal de-growth in our volumes during the quarter and the overall economic downturn, is a strong statement of our intent and vision. Our operating profit has also improved compared to the previous and the corresponding quarter. We are determined to sustain the trajectory of positive momentum in the coming quarters as well.

“Q1 of this fiscal was an action-packed quarter for us when we rolled out a slew of innovative initiatives including the ‘industry-first’ – Five-year warranty on our entire range of products – and our own dedicated retail financing arm. We continued to grow ahead of the industry in both scooters and 125cc motorcycles this quarter, thereby building further on our market share gain in these segments. We had a record month in May, with our highest-ever despatches in a month. Retails also kept pace with a record 1.1 million-plus retail sales in April and May – the highest-ever retails in a non-festival period. Heavy and early rains in June have slowed down the momentum a bit, but we are optimistic about growth in the second half of the fiscal,” he said.

“Our product launches that are planned around the festive season should contribute towards accelerating growth. On the new market front, after entering Central America and Africa, we are now geared-up for Latin American markets of Peru and Ecuador which should be in the month of August,” Mr. Munjal added.

The Profit-After-Tax (PAT) of the company in Q1’14 was, however, lower due to higher tax rate on account of the expiry of 5 years (April 08-March 13) of 100% exemption in Haridwar, where the largest-producing manufacturing plant of the company is located. With the expiry of the tax benefit, the tax liability on Hero MotoCorp went up to 26.9 per cent for the quarter under discussion, whereas it was 16.3 per cent in the previous quarter and 16.3 per cent in the corresponding quarter of previous year. The lower PAT is also reflective of the newly-levied higher surcharge in the Financial Bill 2013.

The highlight of the 15,59,282 unit sales in the first quarter of fiscal 2014 was the all-time high dispatch sales of 5,57,890 units in May – the highest-ever for any month. The company also registered its highest-ever retail sales for any non-festival period in May-June when it sold over 1.1 million units.
(more…3)