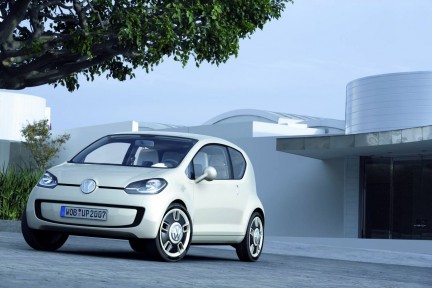 VW has been demonstrating its clout in the Indian market with its big-scale marketing, huge investments and products that are increasingly catching the fancy of the customers in India. The company, from day one wanted to make it big in India- one of the biggest car markets in the world. While it has succeeded partially, the volumes are still nowhere close to where they should be if the company has to get into the list of even the top 5 car manufacturers in the country.

And what does the doctor prescribe to an automaker in India when it suffers from a lack of volumes? An affordable small car! And that’s exactly what VW are going to come out with in the country to push up their volumes and gear up for the big fight ahead to the top.

The company’s officials recently revealed to Financial Express that the automaker is planning to introduce a sub-Polo car for the country. The VW Up concept, which is expected to transform into the new Lupo in its production version incarnation can be the car that does the job.

Engines may include a 1.0-liter 3 cylinder mill with 60Ps, another 1.0-liter TFSI 4 cylinder engine with 85bhp and three-cylinder 1.2 TDI diesel engine developing 75 horsepower (same as the Polo).

The Up! Concept, which forms the basis for the Volkswagen Group New Small Family (NSF) may spawn saloon / sedan, cabriolet, two-seater, and mini MPV variants worldwide, if not in India. The new car will be positioned below the Polo and will be the cheapest VW on sale in India. The new car would be at least 1 lakh rupees cheaper than the base variant of the Polo.

In order to keep the costs, and in turn the prices low, the company plans to keep the level of localization for the new car much higher than the Polo. The new car can be as much as 75% localized, as against the 60-65% percent localization of the Polo.