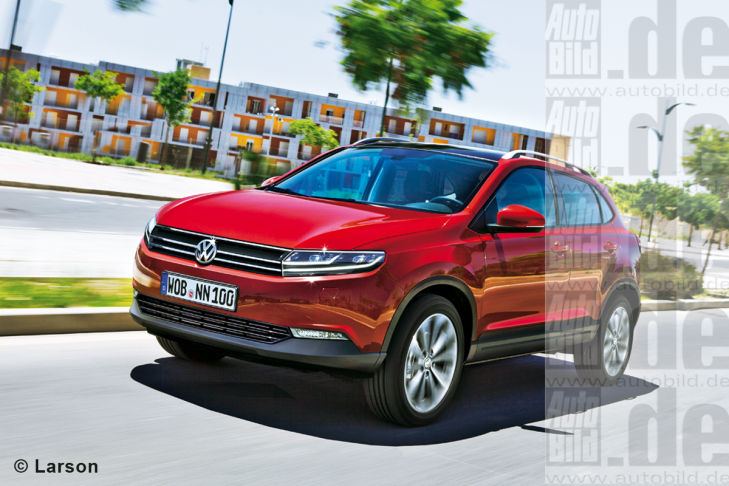 We posted in detail when German car maker Volkswagen decided to begin working on a crossover/mini SUV to tackle the rivals in this fast emerging segment. The upcoming VW Compact Crossover will be based on the highly popular Polo and will share many components with the hatchback sibling.

Now, an artist rendering of a olkswagen Polo crossover has surfaced on the web world. The car should hit the roads in a couple of years. This vehicle, like many others from the VW group, will make use of the much publicized MQB Platform. This crossover is currently in early stages of development.

The car, while retaining the Polo’s design, will be made to look robust, have all wheel drive mechanicals and a dual clutch transmission. However, easily expect VW to equip the base model of this car with a 2WD 5 speed tranny. It is being said that as many as four gasoline and three diesel motors are currently being reviewed for doing duty under the hood of the Polo crossover.

The fully loaded variant of the Volkswagen Polo crossover should go on sale with a price tag of about INR 12 lakhs. However, VW is sure to make use of extensive localisation to price the car very competitively in the Indian market and the car will be seen battling it out against Premier Rio, Renault Duster and Ford Ecosport.