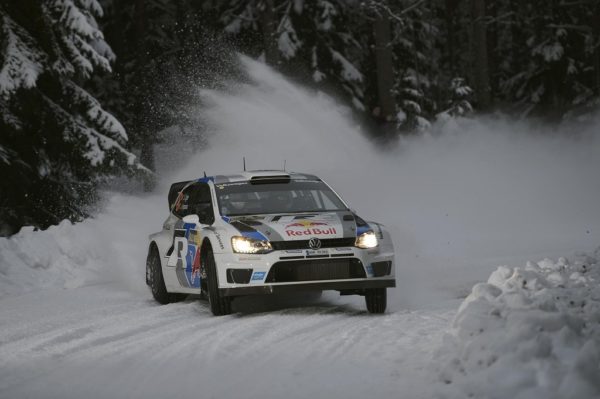 Back at the scene of the emotional first triumph: Volkswagen lines up at the Rally Sweden brimming with confidence and fully motivated to continue its run of success. From 05 to 09 February, Sébastien Ogier/Julien Ingrassia (F/F), Jari-Matti Latvala/Miikka Anttila (FIN/FIN), and Andreas Mikkelsen/Mikko Markkula (N/FIN) will take on classic special stages like “Fredriksberg” and “Rämmen”, as well as tacking the iconic “Colin’s Crest” jump. Sideways over ice and snow and through dense forests at an average speed of 110 km/h – you only get that at the Rally Sweden, the second round of the FIA World Rally Championship (WRC). Not only does Volkswagen arrive with its three Polo R WRCs in Karlstad as defending champion in the Driver, Co-Driver and Manufacturer competitions, but also as the leader in all three categories in the WRC.

“Icy temperatures of ten, even 20 degrees below freezing – and yet everyone here at Volkswagen still gets a warm feeling in their heart when we think about Sweden,” said Volkswagen Motorsport Director Jost Capito. “This is where we won our first WRC rally with the Polo, which came as a complete shock to us all back then. You never forget emotional moments like those. The fact that we start the rally here this year as World Championship leaders and defending champions means we are the team to beat right from the word go, but it also provides our drivers, co-drivers, engineers and mechanics with twice the motivation. The Rally Sweden is very special, as it is the only rally on the WRC calendar held entirely on ice and snow. There is just one option when it comes to tyre selection, so tactics do not come into it. Right from the start it is all about one thing: full throttle. We are really looking forward to it.”