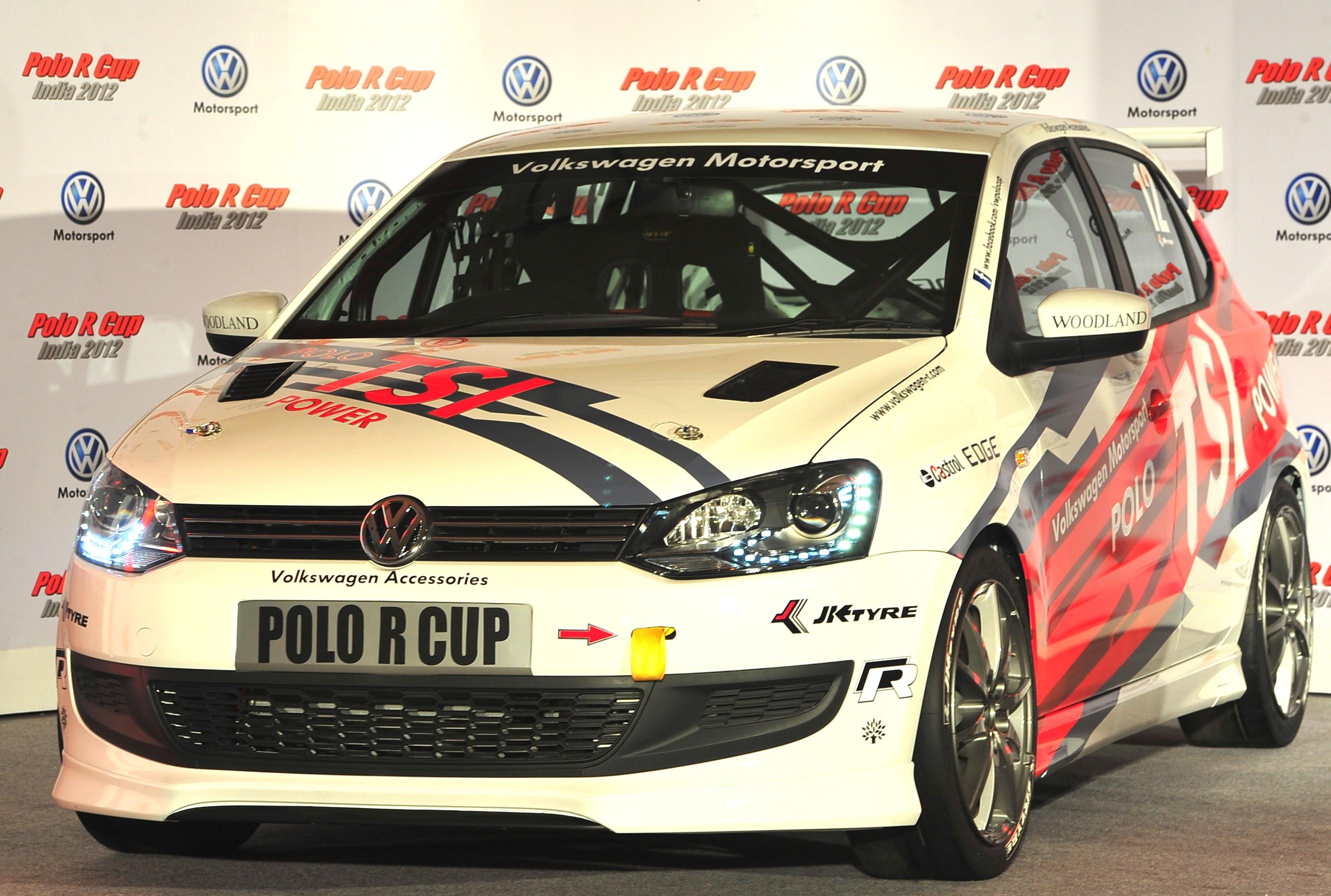 Volkswagen Motorsport today launched the all new TSI Race Polo for Polo R Cup 2012. The line-up of 20 young drivers who will compete for the championship this year was also announced. After two successful seasons, Polo R Cup 2012 will witness a raft of changes, the most significant one being the shift from diesel to petrol engine for the Race Polo. The first race will be flagged-off on July 07, 2012 at the Kari Motor Speedway in Coimbatore. Besides Coimbatore other rounds will take place in MMRT, Chennai and one round of the season will be hosted at the world class Formula 1 race track in Noida, the Buddh International Circuit.

In its third edition, Polo R Cup will see changes which will make this season stronger, faster and more exciting. This year’s Race Polo has been introduced with a petrol engine shifting from diesel engines used in the last two seasons. The new petrol car will help the young drivers enhance their skills with a more powerful car. The TSI Race Polo has a 1.4 litre, direct injection, 4 cylinder engine which produces 180 hp (132Kw) @ 6200 rpm. It’s a two wheel drive with maximum torque of 250 Nm @ 2000-4500 rpm. Doing away with a manual gearbox, the Race Polo 2012 is upgraded with a Direct Shift Gearbox (DSG)

This year, participants are slotted under 3 categories: Junior, Pro and Master. Drivers aged between 16 to 26 years and with experience limited to 8 races or less in the last 5 years (in a National Championship) will be part of Junior Category. Drivers aged between 16 to 26 years with experience of more than 8 races will be a part of the Pro Category. Master category will comprise of drivers who are 26 years or above at the time of registration. There is a change in prize money and fee structure as well. Prize money for the race winners are INR 50,000, INR 40,000 and INR 30,000 for 1st, 2nd and 3rd positions respectively. Fee for Junior and Pro categories is INR 7 lakhs while Master category participants’ fee is INR 14 lakhs for the entire season. Each driver has an option to refinance the fee by using their Race Polo bonnet to display their respective sponsorship branding.

“We are delighted to present the new TSI Race Polo 2012 along with the 20 promising drivers today. With the immense success of the inaugural Indian GP, India is establishing itself as a motorsport hub and we are happy to play our role in promoting the same. Volkswagen is committed to developing motorsport in India along with the young talent through our Polo R Cup program. We had an excellent season last year and we are looking forward to the upcoming season”, Dr. John Chacko, Volkswagen Group Chief Representative India, President and Managing Director, Volkswagen India Private Limited, said.

“After two successful seasons of Polo R Cup, we are looking forward to this year’s championship with a brand new car. It is a strategic decision for us to shift from diesel to petrol as we want to offer our drivers a more powerful racing machine. Polo R Cup program has set benchmarks in Indian motorsports by being focussed on professionalism, technology and safety. It has grown stronger year on year and has cemented its place on the Indian motorsport map”, said Prithviraj Siddappa, Head, of Motorsport, Volkswagen India