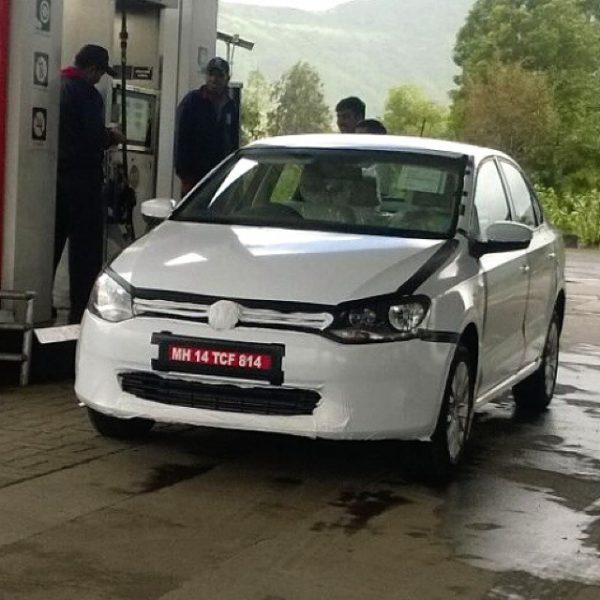 A report suggests that Volkswagen India might be working on a Vento facelift, giving the half a decade old Polo based sedan some much needed visual relief. Although VW continues to export the Vento as the Polo Sedan in healthy numbers, the advent of the new Honda City saw the Vento’s domestic sales spiral downwards. Also, the upcoming Hyundai Solaris (Verna facelift) can only worsen things for the German – time to hit the drawing board.

The report also adds that only cosmetic changes are underway, as the Vento range received a drive-train overhaul recently. One can expect a set of new illumination – projector lamps, LED DRLs & tail lamps (on the Highline variants); a new grille and a mildly revised set of bumpers. The insides might get new trim, and of course, a handful of new, standardized features including the center console mounted high-resolution 7-inch TFT touchscreen color display, latest Igo-Navtech maps for navigation, USB connectivity and iPhone/iPod compatibility, currently available with the ‘Konekt’ package on Comfortline and Highline variants of the Vento. Also on the offing could be reverse parking assist and electrically folding wing mirrors.

The VW Vento facelift, due sometime in June 2015, will continue to be powered by the same engine options from the current model :