While Volkswagen has already made the announcement of a compact sedan being readied for India, a report states that the Chakan based carmaker could christen it ” Bora”. The compact sedan has been internally codenamed as Indian Compact Sedan and will be the sub-4 meter sedan offering from Volkswagen for the Indian market.

Volkswagen has already commenced the testing of the Indian Compact Sedan which will lock horns with the Honda Amaze, Maruti Suzuki Swift Dzire and the Hyundai Xcent. 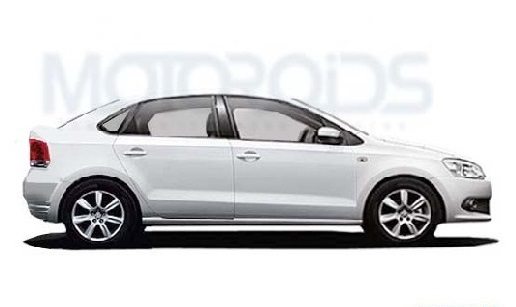 Volkswagen could name the compact sedan as Bora as it is a high speed wind that blows near the Aegean Sea, and Volkswagen has many cars named after winds such as Polo inspired by the Polar wind; Vento meaning wind in Italian; Jetta named after the jetstream; Golf after gulfstream, and finally Passat, a German trade wind. Also, Volkswagen sells the Jetta in Mexico and Columbia badged as Bora already. Volkswagen is also considering Derby.

Volkswagen will be plonking the same 1.2 liter TSi and 1.5 liter TDi mills in the compact sedan and may also pair them with the DSG. With the length under 4 metres Volkswagen India could price it competitively when it is launched in the mod of 2016. We could also expect it at the 2016 Auto Expo in Delhi in February.

Stay tuned to Motoroids for more dope on the Volkswagen Indian Compact Sedan.