The Virgin Group signed an ‘intent agreement’ with Maharashtra on Sunday, in order to build a hyperloop transportation system between Mumbai and Pune, with an aim to reduce the travel time between the two regions to a mere 25 minutes against the current travel time of three hours. The first hyperloop route in the state of Maharashtra will link central Pune and Mumbai as well as the upcoming Navi Mumbai International Airport. 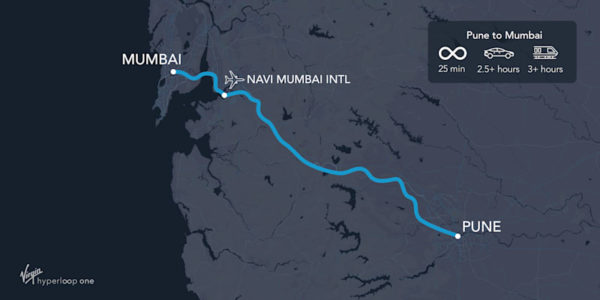 The loop will be able to ferry about 150 million passengers each year due to the easier access to the airport gates. Richard Branson, Chairman of Virgin Group, during the Magnetic Maharashtra investor summit in Mumbai, said that the proposed hyperloop transportation system will transform the transportation system and make Maharashtra a global pioneer in the space. He also added that the company plans to begin with an operational demonstration track in the region. 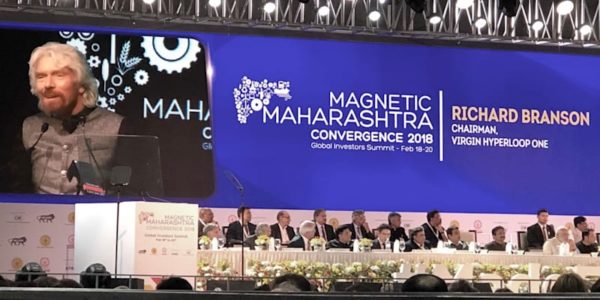 A study by the Hyperloop One team has found that the Mumbai Pune hyperloop route could result in USD $55 billion (INR 350,000 crore) in socio-economic benefits, time savings, accident reduction and operational cost savings, over 30 years of operation. The transportation system is also expected to create thousands of jobs, which could also attract new business and investment in the region. The fully electric system would also result the congestion on the Mumbai-Pune Expressway, thus reducing greenhouse gas emissions by up to 86,000 tons over a period of 30 years.

Hyperloop One has not shared any details of the project such as the time-line and the cost of the project. The company will soon begin a six month in-depth feasibility report where it will analyse and plan the route alignment, taking into consideration various factors such as environmental impact, economic and commercial viability, the regulatory framework, and cost and funding model suggestions. If you must know, hyperloop has stated that it intends to make this form of transport ‘affordable for everyone’.