Couple of hours ago, we reported about the new 2015 Chrysler 200 in detail. Now, in depth videos of the car have surfaced on the cyberspace. 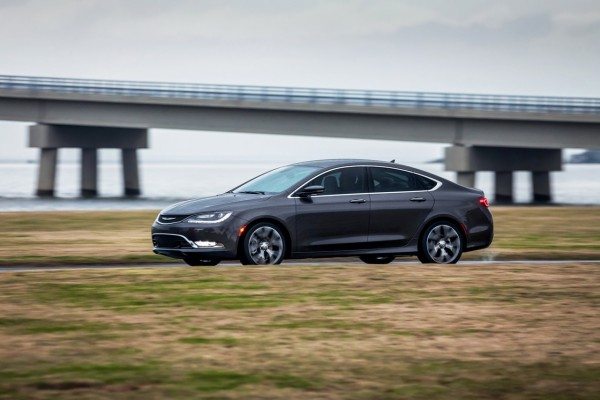 The new 2015 Chrysler 200 has not only advanced in terms of design and looks, but also is technologically more advanced than its predecessor. For example, the new 2015 Chrysler 200 is equipped with a first in segment 9-speed automatic transmission as standard and is also available with an all-wheel-drive system. The car will be sold with two engine options and its is being claimed that the 2015 model is 13 percent more fuel efficient than the outgoing model.

Interior footage of the car :

The new 2015 Chrysler 200 is an all-new design running on the Fiat-Chrysler Group’s CUS-wide modular platform that is derived from the Alfa Romeo Giulietta and used on many other models including the Dodge Dart and Jeep Cherokee.

The new 2015 Chrysler 200’s all-wheel-drive system comes into play automatically on detection of the requirement for added traction. In all wheel drive mode, up to 60 percent of torque can be transferred to the rear wheels.

The 2015 Chrysler 200 prices start at $21,700 for the entry level LX model. Deliveries would commence in the second quarter of 2014 and the car will directly pitted against the Ford Fusion, Honda Accord, Hyundai Sonata, Nissan Altima, Hyundai Sonata and the segment leader, Toyota Camry.

Stay tuned to Motoroids for more 2015 Chrysler 200 pics and other updates from the North America International Auto Show 2014.