A Yamaha YZF-R6 biker managed to escape without any injuries after sliding underneath an incoming Honda Civic.

The accident occurred on Mulholland Drive in Los Angeles, CA when the rider of a Yamaha YZF-R6 lost control of the bike in one of the corners and ended up sliding underneath the front bumper of an incoming Honda Civic. 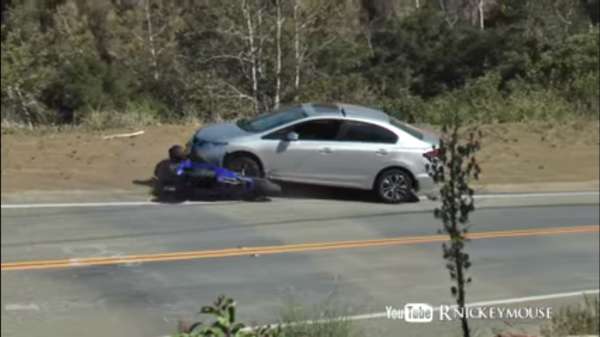 Here is the video footage of the crash :

In the video footage, the impact appears to be quite serious. But thanks to the proper riding gear, the rider was lucky enough to escape without any injuries. The rider was pulled from underneath the Civic by fellow riders. His bike, however sustained some notable damages. The tank of the bike has got dents and the rear wheel has been damaged.