Audi has announced the 2015 A8 will be priced from $77,400 – excluding destination charges – in the United States.

Scheduled to arrive at dealerships in the US later this month, the facelifted model sports a new front bumper, a revised hood and a modified grille that is flanked by LED headlights. The car has also been equipped with a new exhaust system, updated technology and revised interior trim. 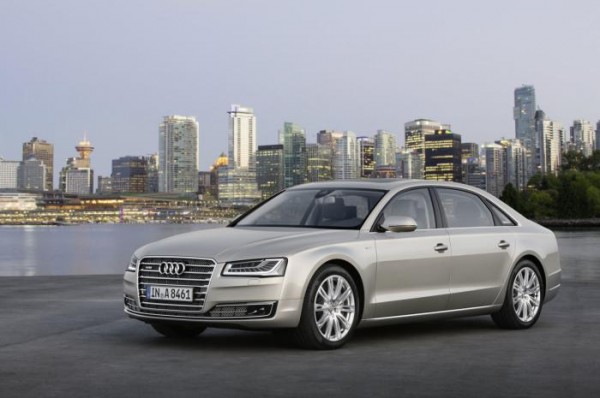 CLICK HERE TO READ OUR COVERAGE OF THE AUDI A8

“As the flagship of the Audi brand, the A8 represents the best in Audi innovation, design and craftsmanship” said Scott Keogh, President, Audi of America. “The A8 has been a strong contributor toward building our brand and the changes for the 2015 model year will continue to build upon that success.” 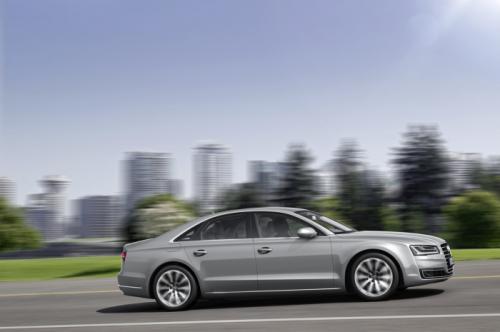 Here’s the detailed pricing for the facelifted 2015 Audi A8: 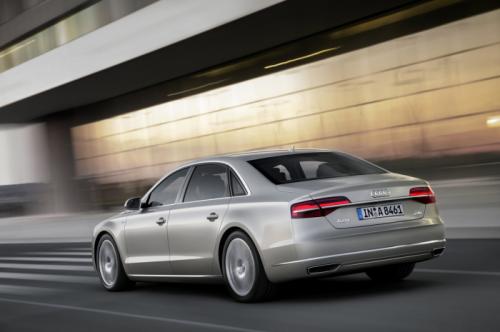 Stay tuned to Motoroids for more dope on the 2015 Audi A8.