The launch of the mighty Kawasaki Ninja H2R  megabike left the motoring fraternity in shock and awe as the Japanese bike maker pushed the two-wheeler technology envelope to outer space with the 300HP supercharged monster. Just like everyone else, we were curious to figure how this track-only beast will fare against the similar four-wheeled monstrosities like the 1200 HP Bugatti Veyron. It isn’t, however currently possible for weblogs like ours to bring these extremities together on a drag strip in a country like India. 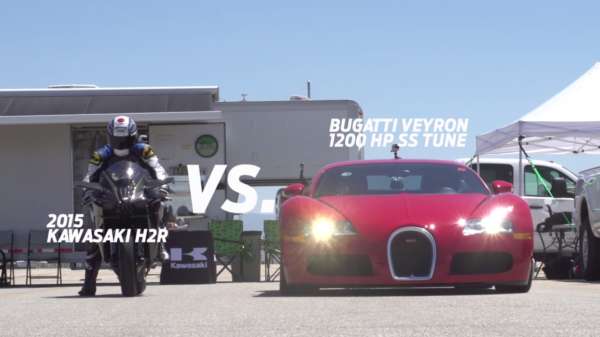 Thanks then, to the good folks at Super Street Magazine who read our, and every curious petrol head’s minds and placed the H2R against three supercars – the McLaren 12C, a ferocious 1200 HP Bugatti Veyron and a heavily modded, thunderous 1350 HP Nissan GT-R – for a half mile airstrip run.

What powers these demons? 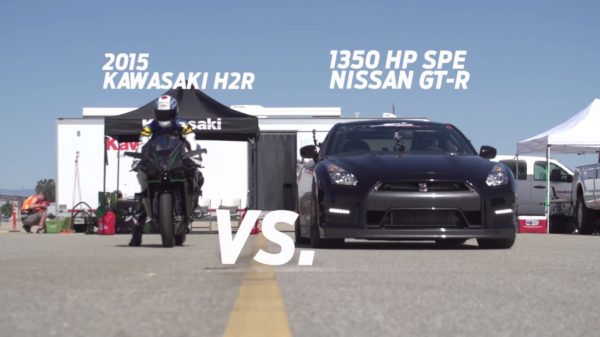 Who do you think will take the top spot? Sit back, call up your buddies and place some wager because the end result “MAY” surprise you: