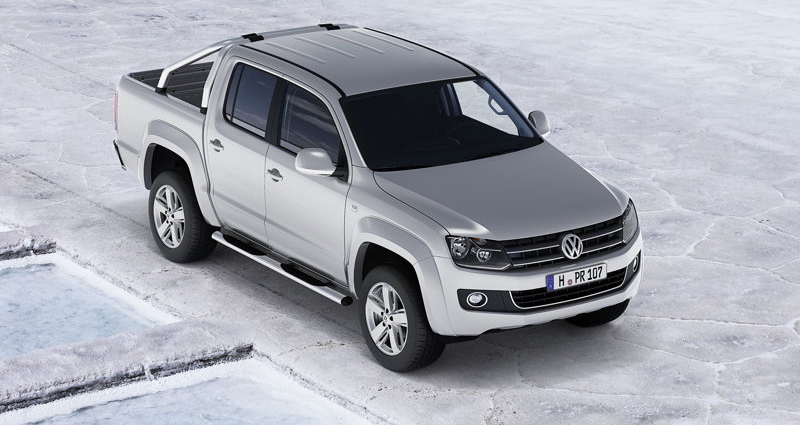 VW has done some really innovative marketing campaigns in India, such as the talking newspaper ad. seems like their out of the box strategy applies to the rest of the world too. Back in the UK when VW  had to launch their pick-up truck – Amarok they did something really out of the chimney. Four VW Amarok trucks were used to bring down a 140 tonne steel chimney.

To attain this feat their structural engineers had to cut a “shark’s mouth” into the base of the chimney and attach cables to the tow-bars of the pick-up trucks. Talking about this power packed pick up, the Amarok is powered by a 2 liter TDI engine that produces 161hp and a chimney-breaking torque of 400Nm.

Simon Elliott, Director, Volkswagen Commercial Vehicles, said: ‘The new Amarok is packed with power and intelligence, and we wanted to achieve something extraordinary to demonstrate this for its launch.  Working with the right experts and taking a scientific approach, by demolishing a 67 metre steelchimney we’ve shown the maximum strength and power of the Amarok.’Eldon Stevens from worldwide decommissioning experts EDS was delighted to be part of the dramatic demonstration: ‘EDS has a reputation for taking on highly complex demolition projects that really test our engineering abilities, so we were thrilled to work with Volkswagen Commercial Vehicles to see if the new Amarok could bring down such a vast structure. Thankfully our combined skills were up to the challenge!’’

Tell us what do you think about this feat ?