The Suzuki Hayabusa a.k.a. the GSX1300R is one of the most well-known and admired motorcycles, ever. It particularly found fame among the Indian audience after being featured in a Bollywood movie. Almost everyone, even the non-enthusiasts wanted to see themselves riding the Falcon inspired intercontinental missile but it came at an expensive price tag. 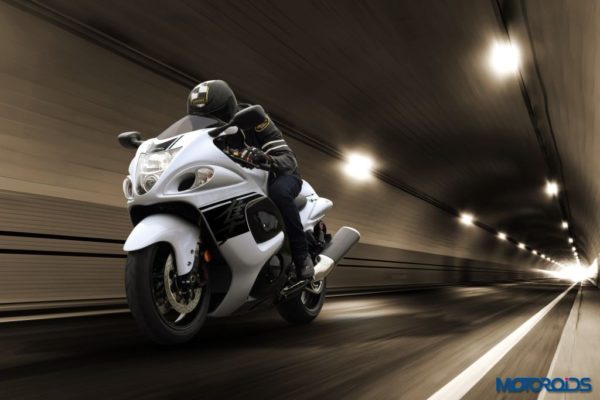 The movie, which probably made a lot of physicists cry in their grave, was surprisingly a success. Besides the fact that the “Bikers” were competing in a superbike race with an open face helmet, the film’s budget, or the lack of it, forced the makers to use Hero MotoCorp (Hero Honda back then) Karizma and CBZ motorcycles to fill the gaps. Don’t believe us? Here’s a proof:

Sadly, GM Custom was not around back then to save the film makers from the embarrassment of placing a 223cc and a 150cc motorcycle in a superbike race. Who’s GM Custom? It’s a Delhi based custom builder who caught out attention because of their Suzuki Hayabusa replica. One of the two replicas is built on a humble Hero MotoCorp Karizma while the other on a Yamaha YZF-R15. It’s a complete visual overhaul that will cost you fraction of what you’d pay for the original motorcycle.

Blast From The Past : Kawasaki Ninja 250R VS Suzuki Hayabusa VS Hero Honda Karizma R 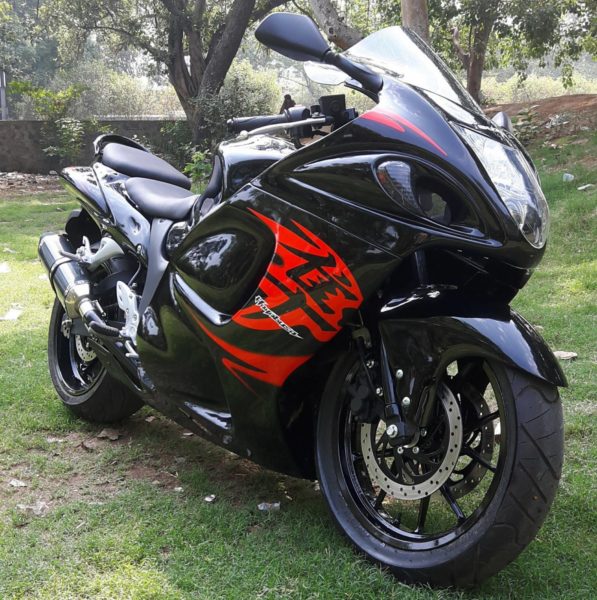 What do you get? The upgrade includes the custom built body kit, wider tyres and a dual disc brake at the front. The instrument console too gets an upgrade and it’s identical to the unit on the original superbike. GM Custom does not offer any mechanical upgrade so you’d have to settle for stock performance.

Check out the Suzuki Hayabusa replica in the video below:

The team at GM Custom has done a commendable job with the replica and it’s one of the closest copies of the original Suzuki Hayabusa that we’ve seen in the past. We’re sure it’s a perfect alternative for people who do not have the kind of money that’d buy the real deal but we wonder what would Suzuki has to say about it.

What do you think of the Suzuki Hayabusa replica? Let us know your views through the comments section below.