After launching the Go hatchback in India, Datsun has commenced the testing of the Go+ MPV in India. The Datsun Go+ MPV has been spotted on test in Chennai, the city where Datsun manufactures the Go currently at the Nissan-Renault factory.

The Datusn Go+ is a seven seater MPV based on the Go hatchback and rides on the same platform as of the Nissan Micra,The Datsun Go+ is 3.95 in length, 1.6 meters in width and 1.4-meters in height. Thanks to its sub-4 metre length and 1.2 litre petrol engine, the Datsun Go+ MPV will benefit from lower excise duty when it is launched in India some time later. The MPV has a wheelbase of 2450mm. 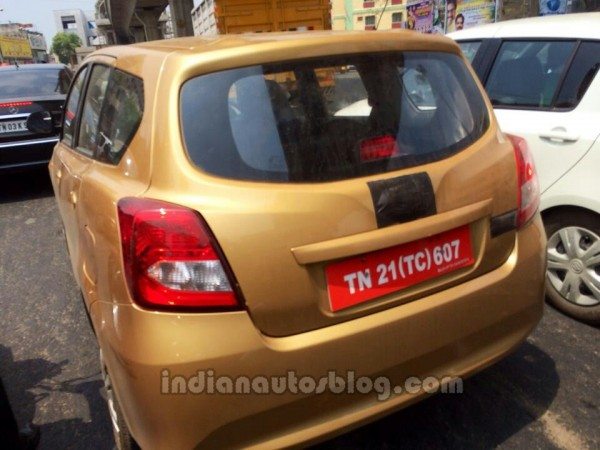 As can bee seen in the images, the Datsun Go+ also gets front seats with integrated headrests. The equipment on offer in the MPV will be more or less similar to the ones on the Go hatchback. 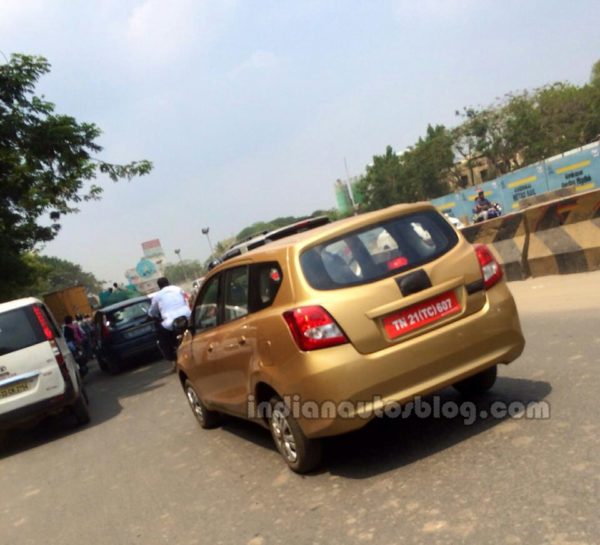 The Indonesia spec Go+ is powered by a 1.2-liter 3-cylinder petrol engine that has a max power of 68 hp and peak torque of 104 Nm. The engine comes mated to a five speed manual gearbox. For the India though, the MPV is likely to get the Renault sourced 1.5 litre common rail diesel engine. 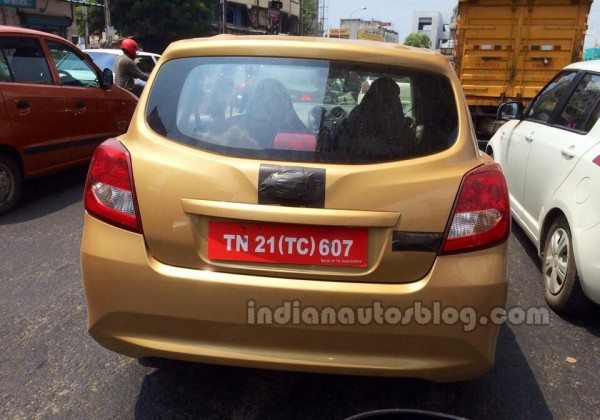 Do you await the India launch of Datsun Go+ MPV? Do you think the Go+ will be successful against the established products like Maruti Ertiga and the Chevrolet Enjoy ? Do share your thoughts by penning them down in the comments section below.