A refreshed and updated Ford Ecosport will be upon us soon and the changes it will carry are going to be skin deep. Not much has changed externally but there are subtle styling tweaks up front to help the design look fresh against increased competition in the segment. As is the case with the updated Ecosport which made its debut internationally, the India-spec model witnesses significant changes inside the cabin and will be powered by a brand new petrol engine too.

The facelifted Ford Ecosport will be pushed by a new 3-cylinder, petrol powered engine that will replace the existing 4-cylinder, 1.5-litre unit. One of the motors from Ford’s new ‘Dragon’ series, India has been selected as the Global manufacturing base for the new power plant range. Initially, the ‘Dragon’ range will consist of a 1.5-litre and 1.2-litre, 3-cylinder petrol powered engines. The former is said to be good for nearly 120 bhp and will propel the new Ecosport as well as a new Honda City rival that is in the pipeline. 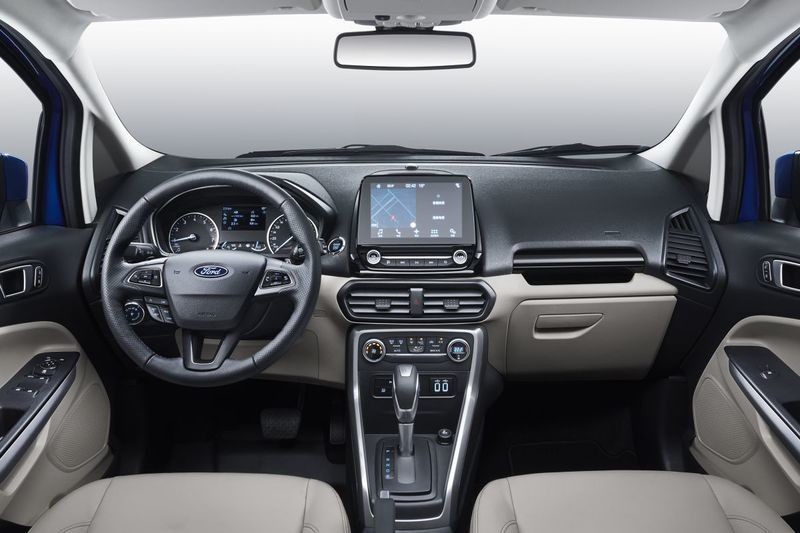 The all-aluminium range of engines will be manufactured at Ford’s Sanand plant in Gujarat and are said to be 10% lighter than the current gen ‘Sigma’ motors they will replace. However, diesel variants of the updated Ford Ecosport will soldier on being propelled by the same 1.5-litre TDCi engine. 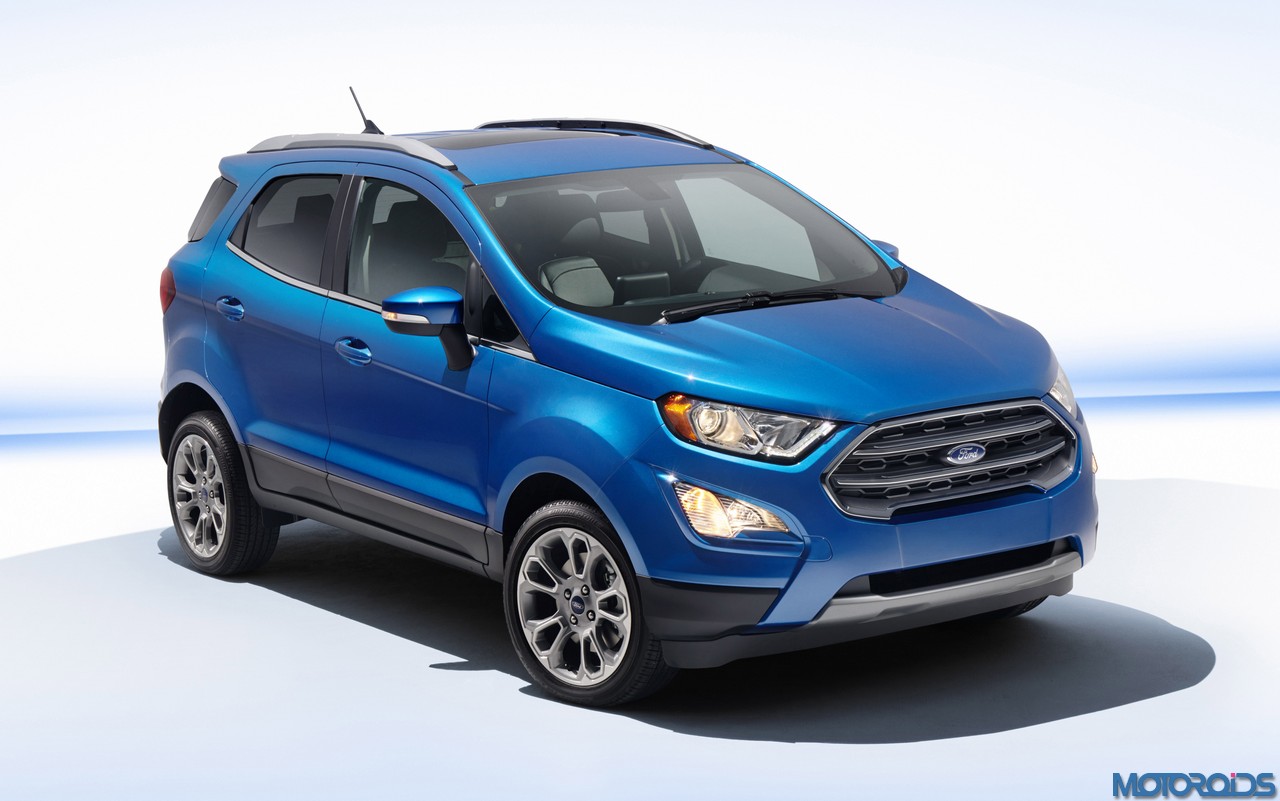 On the inside, the refreshed Ford Ecosport gets a floating infotainment screen, a different layout for the centre console, a grab bar above the glovebox, and a new steering wheel. In this video captured by Youtuber Vijay S, the Ecosport’s diesel sipping heart can be heard clearly, as the AC compressor goes through its cycle while the car is idling. We aren’t really sure if those ordinary looking decals will be offered as standard on the Titanium trim. We hope they’re not. Up front, the new twin slat hexagonal grille and updated headlight setup look smart but familiar, and if this test mule is an indication, telephone dial patterned alloy wheels could be skipped in favour of an 8-spoke design.