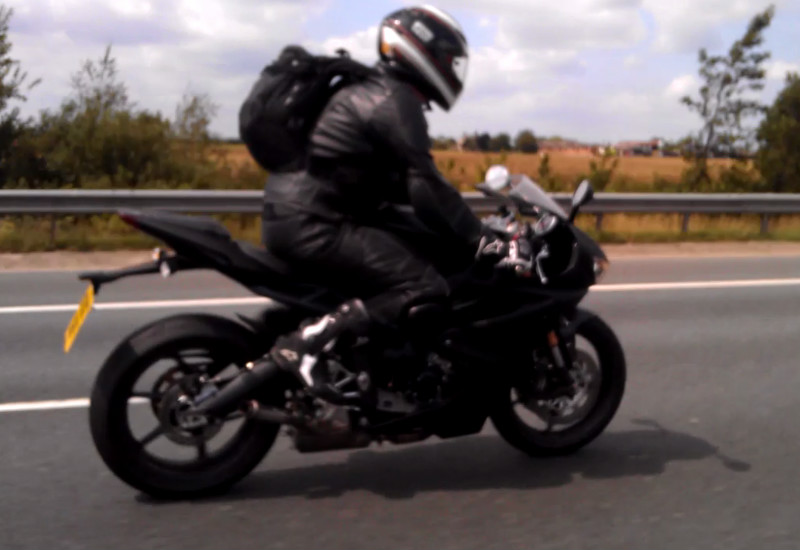 A few days back we told you about Triumph developing an all new 2012 version of their popular Daytona 675 bike. We also told you how the sales of the otherwise popular bike have been dropping since the fast couple of years as the bike has not been given a proper overhaul ever since its launch in 2006.

Now a reader of MCN has managed to catch the new bike on tape. The video shows the all new fairing, a new design side mounted small exhaust which replaces the earlier under seat unit, new head and tail lights, new seat and a new subframe. The chassis and the engine on the first look seem to be the same though. Here’s the video

You can read our earlier article with all the details on the new machine by clicking here.