Home Features The most affordable performance bikes in India 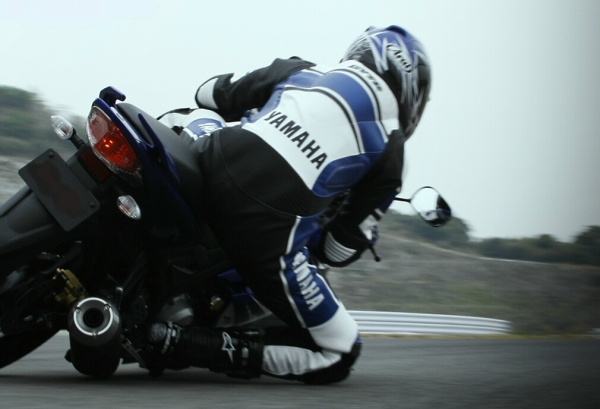 Before we start, we must clarify a few things. First and foremost, the machines listed here are not ‘performance’ bikes by international standards. However, like most other things, bike categories too take a different meaning in this part of the world. So, here gentlemen, we have a list of the bikes which wouldn’t disappoint you on your ride through the twisties over a weekend, while still not burning a hole though your pocket.

The Karizma may have been a tad too long in the tooth, but it still is one of the most revered performance machines in India. A supremely refined 223cc air-cooled single, good for 17.6bhp of peak power and 18.35Nm of torque propels this trusty steed. A premium offering from the top bikemaker in India, the Karizma has been serving cross country tourers and city commuters with alike enviable reliability for years now. Apart from the usual Karizma R, the company introduced a new sportier ZMR variant a little more than a year ago. Fully faired, and embellished with additional bells and whistles such as PGM-FI, full fairing and a digital console, the ZMR offered a lot more exclusivity to the standard package.
The Karizma may not be the outright winner in terms of performance, but it’s a great balance of comfortable seating, reliable handling, well engineered mechanicals and pleasing visuals. A practical buy for those looking at a good all-round package even today!

The Pulsar 220 took the bike enthusiasts’ imagination by storm when it was first introduced. At the time of the launch, it was the most powerful and the most feature rich machine in its segment. Boasting projector headlamp, front/rear discs and a mid-range torque to die for the bike won thousands of hearts.

Bajaj introduced the Pulsar 220 with FI, but later took the system off in favour of a traditional carbureted version. The price was brought down too, making the bike more accessible to its fans. Later, streetfighter version of the bike, with bikini fairing and tank scoops was also introduced with an even lower pricing. The company has recently introduced a visual upgrade for the bike, featuring a two tone colour scheme and new graphics. A terrific VFM package in the 220 segment that delivers on every count!

The next step forward in performance biking after the success of the Fiero for TVS, the Hosur based bike maker was the Apache. While the 150 and 160 versions too were very popular, the company needed an even bigger machine to take the fight to the big boys in the league. The Apache 180 with its rev-happy engine, great responsiveness and sharp handling along with stuff like rear sets and clip-ons gave biking enthusiasts a tool which embodied all the virtues of a great track bike. Thanks to its race bred DNA, even with its relatively lower cubic capacity, the Apache 180 RTR is a match for the bigger Pulsar 220 around the racetrack.

Always known as an innovator, TVS have also managed to develop an ABS for two-wheeler with technical assistance from Continental. The company is currently offering the newly developed ABS system on the flagship Apache RTR 180. The technology, although on the expensive side currently, is decidedly effective in low-traction situations, making the RTR 180 ABS, one of the most sure footed bikes around!

Yamaha, ever since it introduced the RD350 and the RX series in India has been identified with performance and technology among its Indian fans. After trying and failing with the idea of establishing itself as a volumes player with products like the Crux, Alba and Libero, the company finally delivered what was expected from it in the form on the R15.

The YZF-R15 pushed the technology envelope among mainstream bikes to a different level. The bike enjoyed accolades from buyers and critics alike for incorporating modern tech such as liquid-cooling, Delta-Box frame and forged pistons. Even with its relatively small engine and modest peak power, the bike, by virtue of its light weight and superior technology was quite a handful even for bigger machines such as the Pulsar 220 and the HH Karizma.

More powerful bikes have emerged on the scene since, toppling the once king of affordable performance from its throne, but as a standalone machine, the R15 still delights the rider. A replacement version is being rumored and should be here in the coming months

The biking enthusiasts in this country craved for a proper 250 machine for a long time before Honda answered their prayers in the form of the CBR250R. The fully faired machine which draws its design heavily from bigger VFR1200F not only redefines performance in its price segment, but also offers great value. Although overshadowed slightly by the twin engine Ninja in terms of outright performance, pound for pound, the Honda wins hands down. There isn’t quite a match for this machine this side of Rs 2 lakh. The CBR250R, with its full fairing, wide tyres and sporty stance is also takes you to the closes to bigger 1000 and 600cc machines in terms of visuals.

As expected, Honda got an overwhelming response to the bike upon its launch. The deliveries went into waiting, and the situation persists to date. The CBR250R is available with or without ABS, with the non-ABS version retailing for an incredible RS 1.43 lakh ex-showroom!

While not exactly an ‘affordable’ bike per se, the Ninja 250 still is the most affordable performance twin engine machine one could lay his hands on in India. Also, the Ninja 250R is the real exponent of a proper 250cc machine’s performance. Refined, revvy and incredibly easy to pilot right from the outset, the Ninja 250 is the perfect track tool to start honing your skills.

With an output of 32bhp from its twin cylinder engine, the Ninja 250, for years now has been known as the best 250 across the world. Of late, with the popularity of such bikes rising in developing countries, global bikemakers are turning their focus once again to this segment. Kawasaki in the meantime enjoys its position while the rest of the pack plays catch-up football. Without a trace of doubt the Ninja 250 makes for the best 250cc machine in the country, if you have the money to pay for its high asking price that is.