Home BBC Top Gear VIDEO: Top Gear’s Richard Hammond might get himself on screen in America

After all the Jeremy Clarkson debacle, everyone who loved watching Top Gear are now eager to get any sniff of the trio’s return. The three “musketeers” haven’t yet mentioned much about their return on television. However, in one of their live tours in Belfast, the ‘hamster’ uttered something. That pretty much attracted the attention of everyone present at the live event. Also, made us quite curious about what Hammond meant. 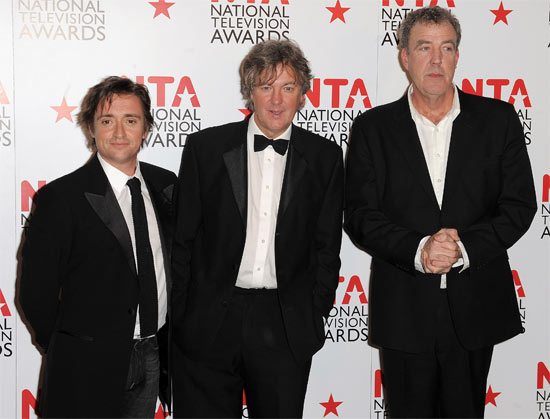 The trio have always stuck together. Looks like the hamster has something up his sleeve.

The video starts off with Jezza giving a speech (well, not exactly). But just so you don’t get bored by the mundane-ness of the whole thing, the ex-Top Gear hosts have given us some eye candy. That eye candy, comes in the form of a Ferrari F12, Lamborghini Huracan, Mercedes-Benz SLS AMG, BMW i8, Nissan GT-R etc etc. Rumours of the trio ending up signing a mega contract with Netflix haven’t been confirmed. Nor have any of the other gazillion speculations that have been doing rounds. 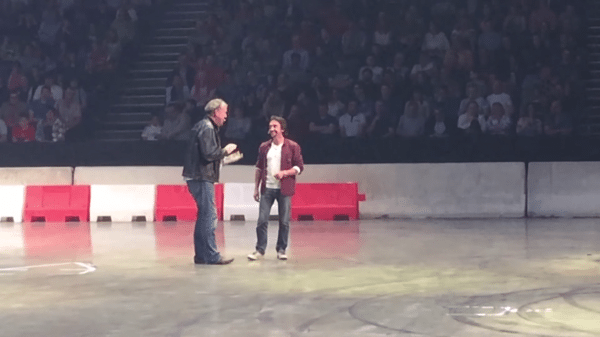 The big moment of reveal by the Hamster.

That said, this whole ‘accidental reveal’ thing could have been staged. That isn’t something we don’t expect out of the former Top Gear hosts. Nevertheless, this is the best hint so far on where they might end up.

P. S. If you don’t want see all the amazing supercars, you can skip to 5:10 to hear the ‘hamster’ squeak/accidentally utter the unspeakable.