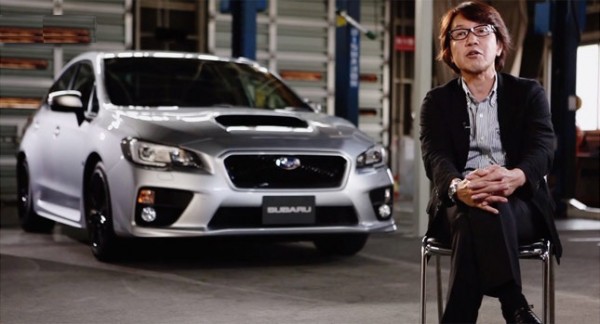 It is no secret that Japanese automaker Subaru has high hopes from the new 2015 WRX. In this video here, the car manufacturer intends to convince potential buyers of the car’s qualities. This video features Masuo Takatsu, project general manager of the new 2015 WRX.

This video here takes us through number of stages of the new car’s development and shows Mr. Takatsu talking about the car’s strong points. According to him, the new car’s steering response time has “dramatically” improved and has enabled the WRX to take the fight straight to the European sports cars.
Subaru engineers have also bestowed the car with a sharper turn in and a lot of stress has gone in obtaining driving feel that customers wish from a Subaru WRX. Takatsu says that much of it was obtained from a stiffer body and suspension.