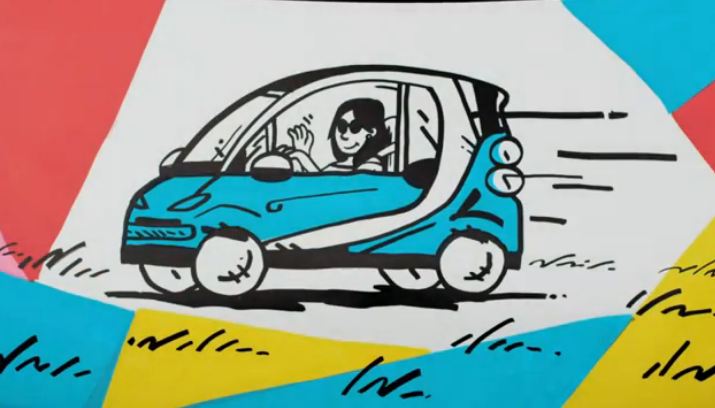 Smart may not be one of the biggest cars around, but it’s not small on features. The ultra compact car comes loaded with features, and can give some bigger cars a run for their money when it comes to qualities like safety. Smart of USA have released a fresh set of videos highlighting the virtues of its small car, to dispel any doubts one may have about the capabilities of this nifty little car.

The new video campaign features an innovative way of storytelling where sketches are made as the story progresses. The ‘Unfiction’ series of stories, as Smart have labeled them, bring real world stories from Smart owners, telling us how the small car saved, or made the day for them. The stories comprise varying people, ranging from to-be moms who walked out unscathed after a lateral crash to canine lovers finding enough space for their pet in the car.