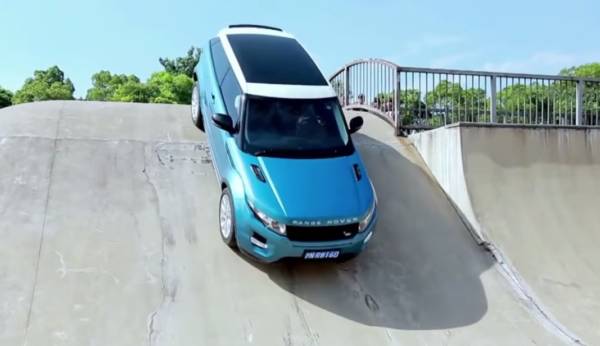 Land Rover’s Range Rover Evoque is one of the most well-known and respected SUVs around the world. The technology know-how which Land Rover has developed over the years is loaded into this SUV which offers extravagant off-roading capabilities to the Evoque.

This YouTube video showcases the Evoque’s capability to tackle challenges as the SUV is driven across a skateboard ramp. From climbing a stairs to driving down the steep descent, the Range Rover feels at home on any surface.

The Range Rover Evoque seen in this video is the coupe variant of the SUV and is available in three diesel and a petrol variants.

This SUV gets its ultimate off-roading capability because of the following features:

What do you think of the video? Share your thoughts through comments below. Stay tuned to Motoroids for all the updates from the world of auto.