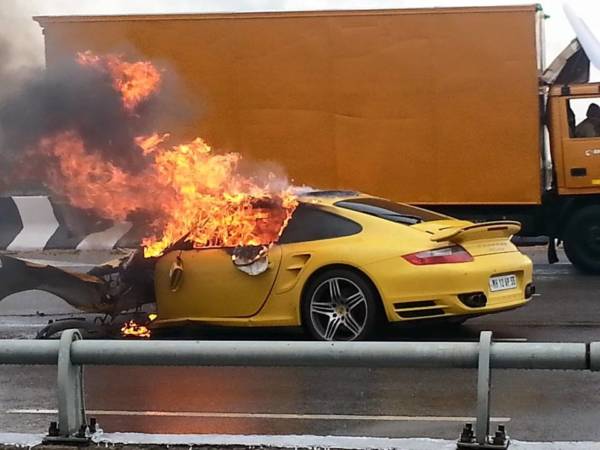 On a rain soaked Sunday morning in Hyderabad, an ill-fated Porsche 911 Turbo met its maker on the Outer Ring Road (ORR). The Speed Yellow 997 Turbo (MH 12 AP 0055) was doing some serious speeds (150-200 kmph or maybe more), before a standing patch of water on the road made it aquaplane*, lose control and hit the barrier. On impact, the car’s front end completely disintegrated and the whole car was engulfed in flames. Thankfully, the driver escaped with minor injuries and no other road users were affected. 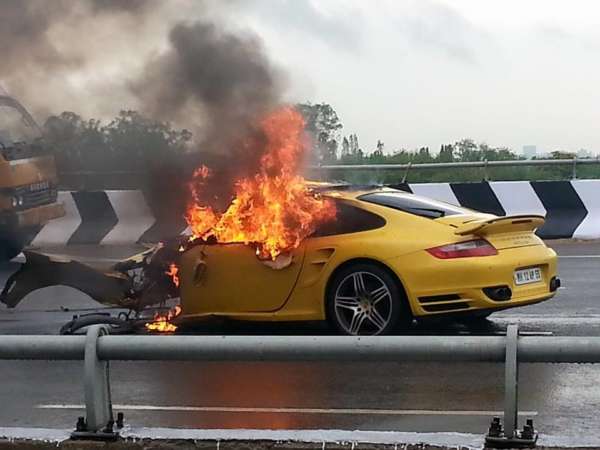 The incident took place at around 8 am when owner and businessman R Ravi Kumar of Shaikpet was driving  towards Shamshabad to see off his cousin at the airport.  The car, one of its kind in the country by color, was formerly a resident of the Poonawalla garage in Pune, before being bought into Hyderabad by Ravi. 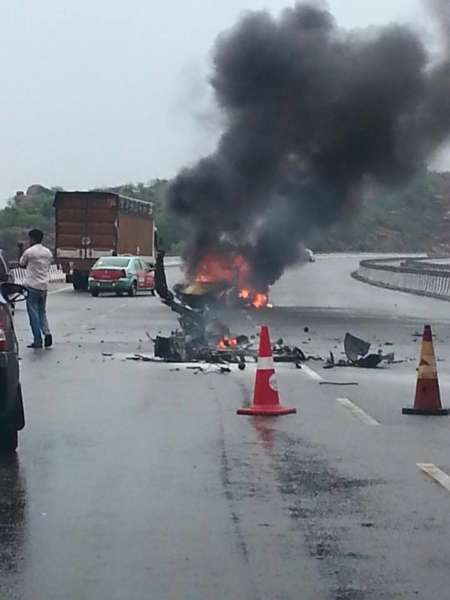 *Aquaplaning or hydroplaning occurs when a layer of water builds between the tire surface of the vehicle and the road surface, leading to a loss of traction that prevents the vehicle from responding to control inputs – that’s precisely what happened to the Porsche, said to be a frequent visitor at the ORR – a high speed thoroughfare. Even with a car of its stature, efforts of ESP and traction control would be futile because the tires have no contact with the ground.