Amongst the ton of small manufacturers that were present there at the expo, Nahak Motors stood out from the crowd, courtesy their electric sportsbikes. They showcased their two models, namely P 14 and RP 46. Their supersport styling surely managed to attract a lot of attention to their stall. 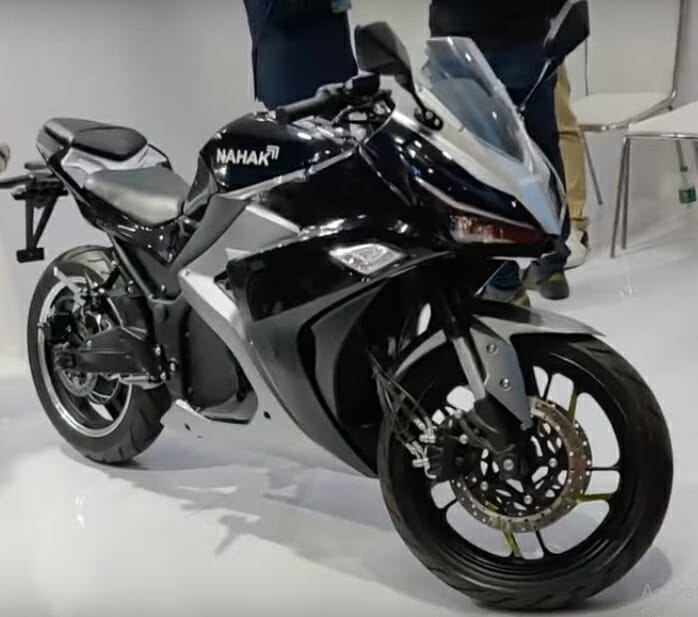 Both the motorcycles look very sporty as compared to other EVs which were revealed at the auto expo. They share the same battery capacity i.e. 2.4 kwh, which has a range of 150-180 kms and a top speed of 120 km/h. the charging time stands at 5 hours if you charge it normally and if you enable its fast charging, the charging time can be brought down to a substantial 40 minutes. They are proposing them as high performance motorcycles and have used cycle parts to compliment the same. The P 14 has USD forks up front while the RP 46 has a telescopic unit. Both of these motorcycles have 3 riding modes and a reverse mode as well. There’s a clip-on unit and a set of split seat arrangement just like we find on supersports motorcycles. The switchgear quality isn’t that great, so is the overall build quality and feel.

The P 14 has twin headlights with a set of two LED projector lights housed in each set, while the RP 46 has only two. Another main difference is that RP 46 comes with a grab rail while the P 14 doesn’t. To make things even more interesting, Nahak Motors have thrown in a twin disc setup at the front and a 140 section rear tyre. The P 14 comes with a fully digital instrument cluster while the RP 46 employs a semi digital one.

The expected price of these high performance motorcycles is around 2.4 lakh rupees. It’s interesting to see such small manufacturers coming out with these motorcycles to compete with the giants of the industry.