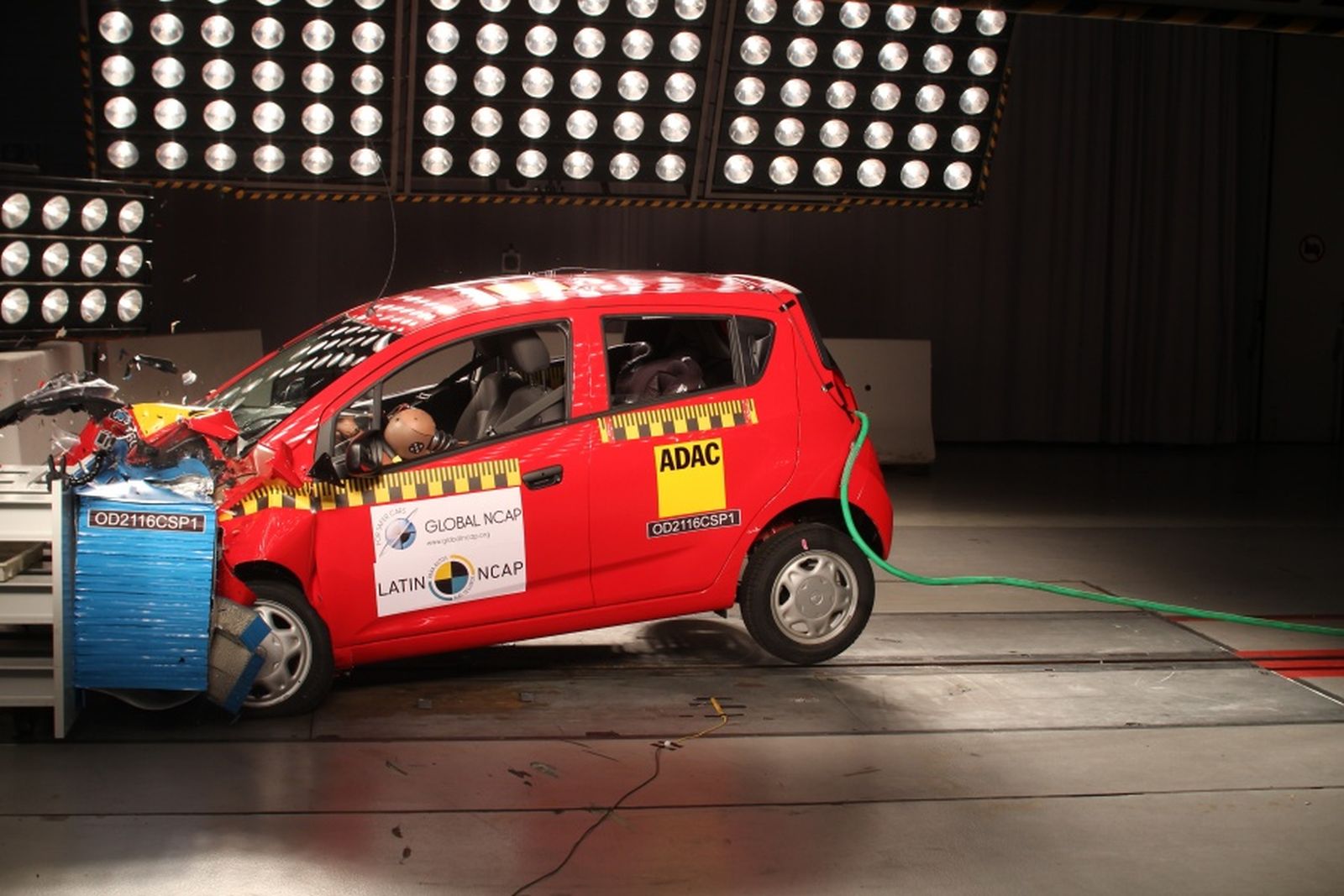 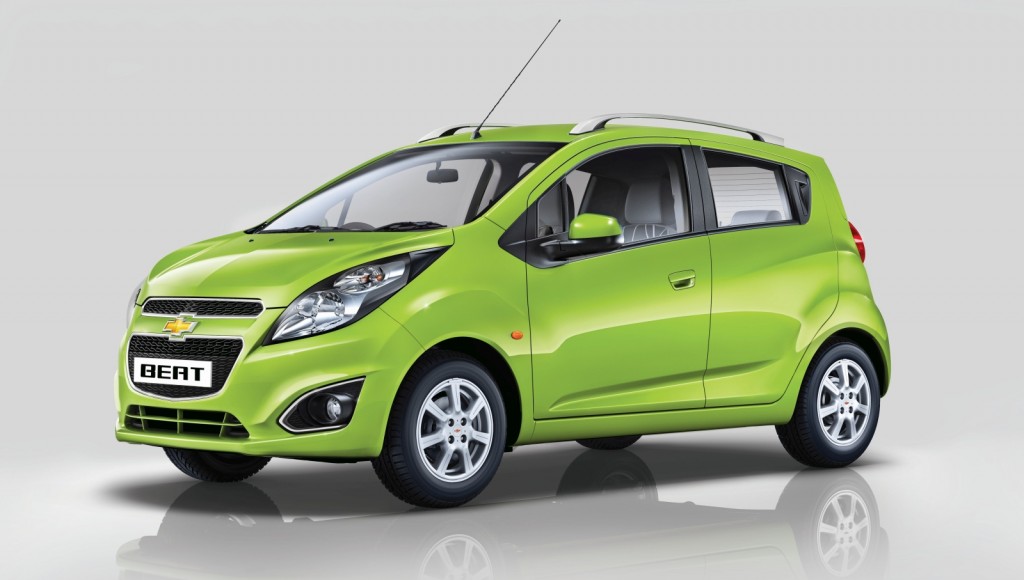 Results of the crash test conducted by New Car Assessment Programme for Latin America and the Caribbean (Latin NCAP) of the Chevrolet Beat (base variant) are out and they don’t look good at all. A couple of days ago, an India made Chevy Beat, a.k.a Spart GT in some overseas markets, was crash tested in the Latin NCAP labs and the vehicle failed to score a single mark for both adult and child occupant protection. Giving an insight of the test result Alejandro Furas, Latin NCAP Secretary General, expressed that the result is another disappointment from General Motors, especially in a model that has the potential to offer high protection levels.

He added that the Beat’s base variant equipped with 6 airbags was tested by Euro NCAP in 2009 and scored four stars. It is unacceptable that the European version of the Beat/Spark GT, which included airbags, is offered at a similar price to the Latin American version, which has no airbags. 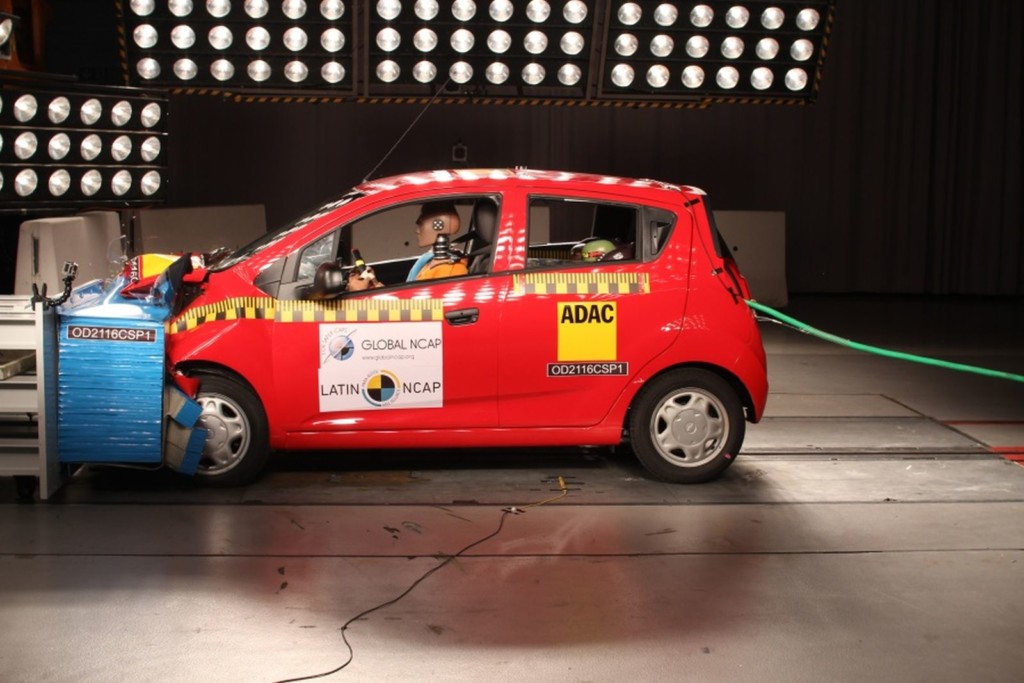 The test rated the structure of the Beat as stable in the frontal crash test but the whole safety score went south due to the lack of Airbags. The side impact test was not carried out, though. Speaking of child occupancy, car manufacturers worldwide install a fitment that keeps child passengers facing rearwards as much as possible but in the Chevy Beat, GM chose to fit a forward facing Child Restraint System. This led to a low score in the section.

Following are some key deductions of the test-