Seems the number of supercars torching up themselves has been on a rise. After a Lamborghini ignited itself in China recently, another supercar from  Sant’Agata Bolognese has gone up into flames. This time in Dubai.  A Lamborghini Aventador was completely destroyed after a fire emerged for reasons unknown at this point. 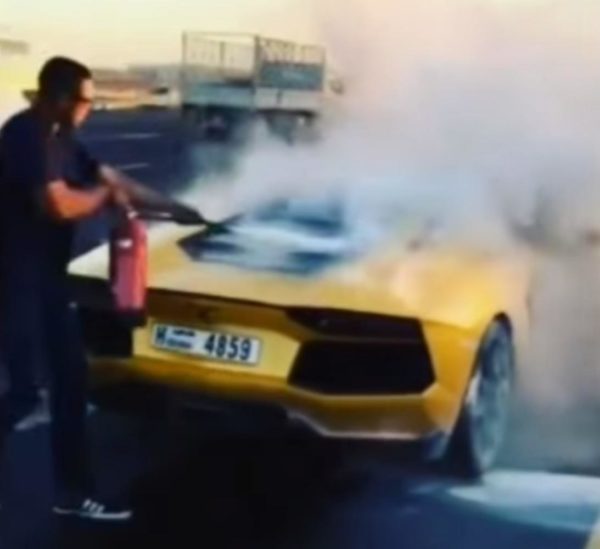 In majority of such incidents, we have seen that the vehicle is destroyed beyond repairs and the owner is left with nothing but charred remains of his supercar. Similar fate was written in the life of this yellow Aventador LP700-4 which spontaneously combusted on a road located near Al Qasr Hotel in Dubai. As you can see in the video, a man, who is believed to be the owner, tries desperately to douse the flames engulfing his Italian supercar, but unfortunately his efforts go futile as the flames are too much to be put out.

Firefighters rushed to the spot but could not save the supercar from being turned into charred metal junk.