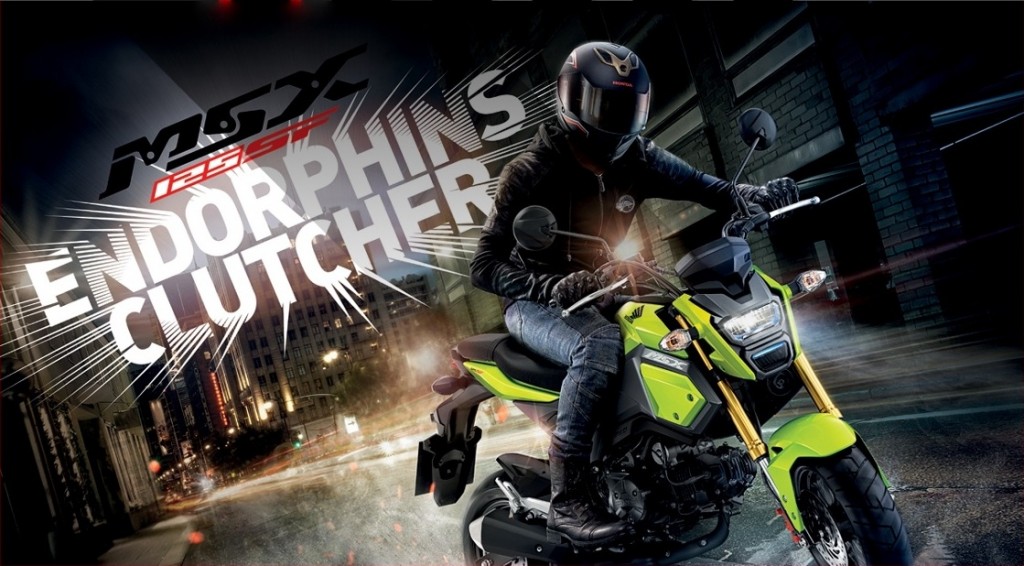 Honda’s two wheeler arm recently unveiled their Navi brand of mini motorcycles at the Auto Expo 2016. We have liked the concept and are eager to lay our hands on the peppy minimotos. While the Navi excitement is still prevailing, Honda is in news for bringing another bike of similar clique; this time in Thailand. Honda Thailand has launched a new Street Fighter version of the Honda MSX125 for Baht 70,500 (Approx INR 1.35 Lakhs). The MSX125 SF happens to be the first of the 10 motorcycles that will be launched by Honda in Indonesia over a period of the next two years. Five out of those ten will be all new motorcycles and the remaining will be iterations and refreshed versions of some existing products. 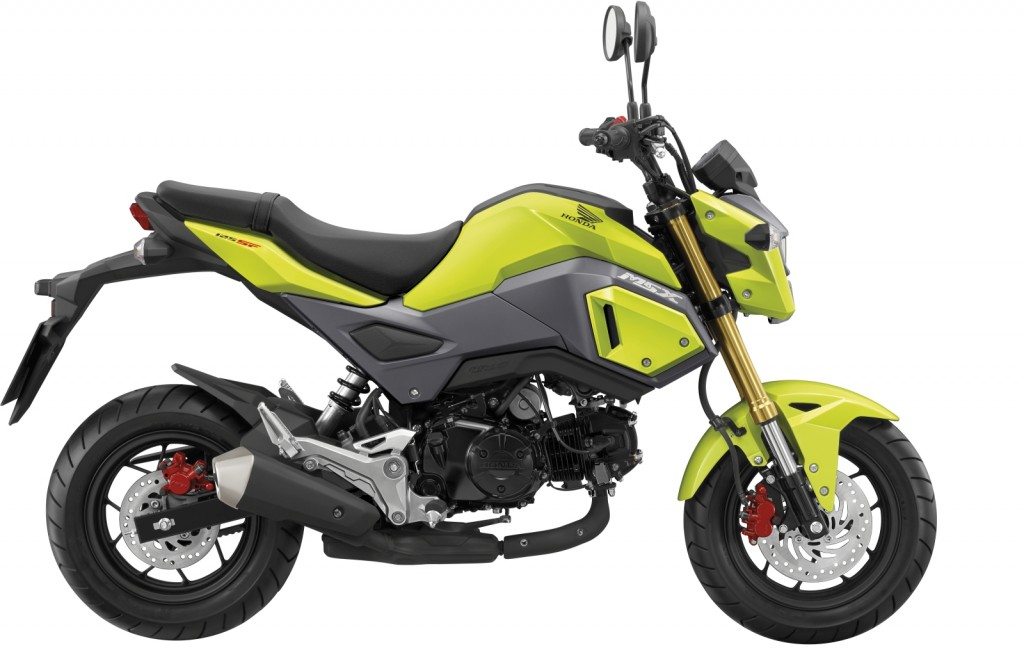 The Honda MiniStreetXtreme 125 is also known as the Honda Grom. The Grom is also rebranded by Motrac as the Motrac M3 for a few markets. The latest MSX125 SF is the refreshed version of the Grom. Almost all of the tech-mech remains the same as the original version. The MSX125 SF is powered by a horizontally placed 124.9cc air cooled engine with PGM-Fuel Injected 4-stroke with single overhead camshaft. The engine is capable of producing 9.65 hp at 7,000rpm and a peak torque of 10.9 Nm at 5,500 rpm. The power is sent to the rear wheel by a 4-speed gearbox. The front gets an inverted fork suspension setup while the rear gets a single shock with steel box-section setup. 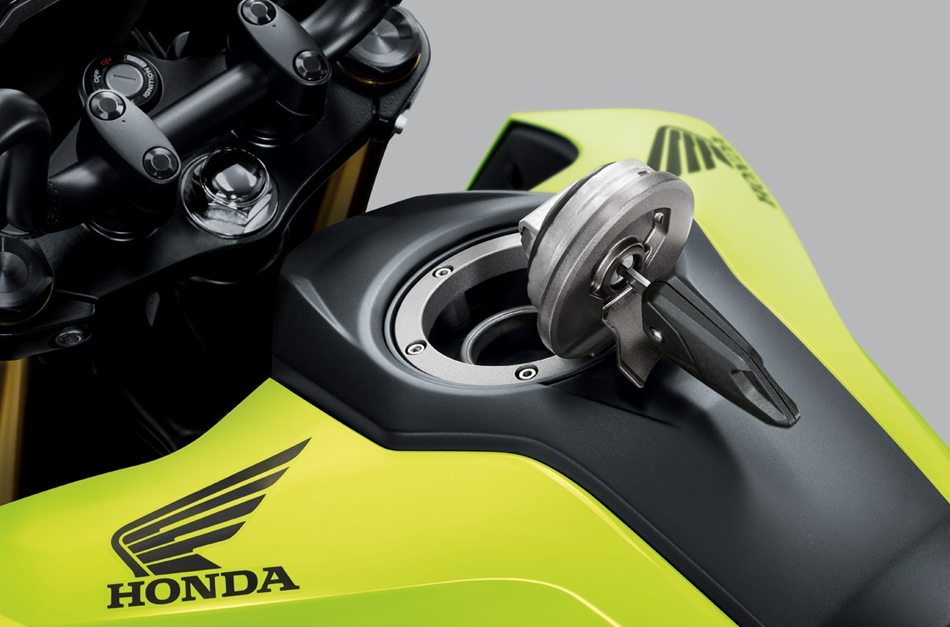 The braking duties are performed by a single 220mm disc with hydraulic dual-piston calliper up front and a single 190mm disc with hydraulic single piston calliper at the rear. The MSX125 SF rides on 12 inch wheels. All of the aforementioned items make the MSX125 tip the weighing scale at 103kg. The Honda MSX125 SF is available in four colours – Hyper Yellow, Burning Red, Eclipse Black and Booster White. 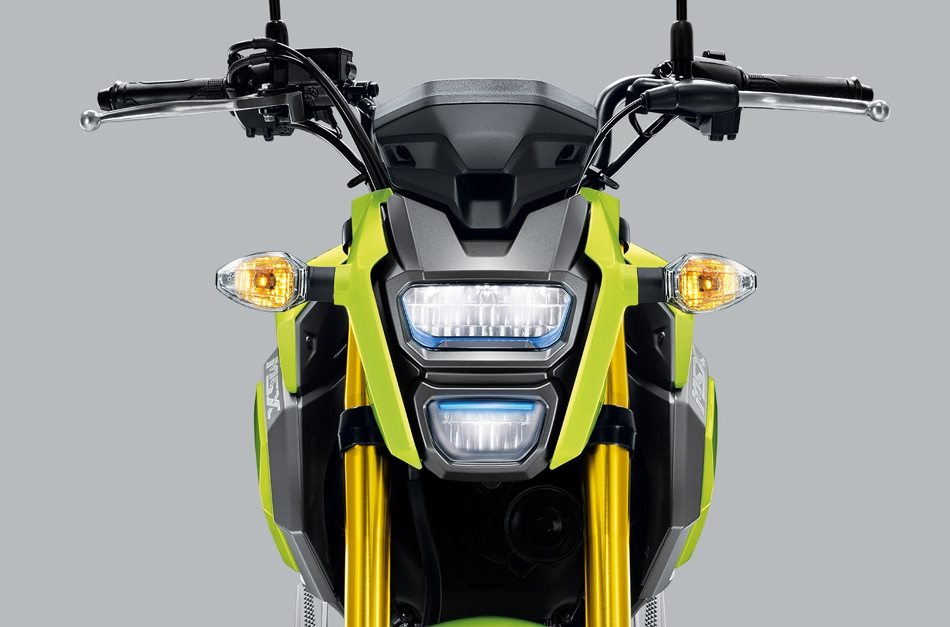 While everything remains identical there are a few new touches on the head unit; a new split headlamp with blue coloured LED strip, a repositioned exhaust canister which now sits near the rear wheel unlike the underseat setup on the Grom and the upgraded instrument console which gets a new full digital meter. Changes have been made to the fuel tank too, which now gets a new airplane style tank cap, the flip key for the bike is new, too. 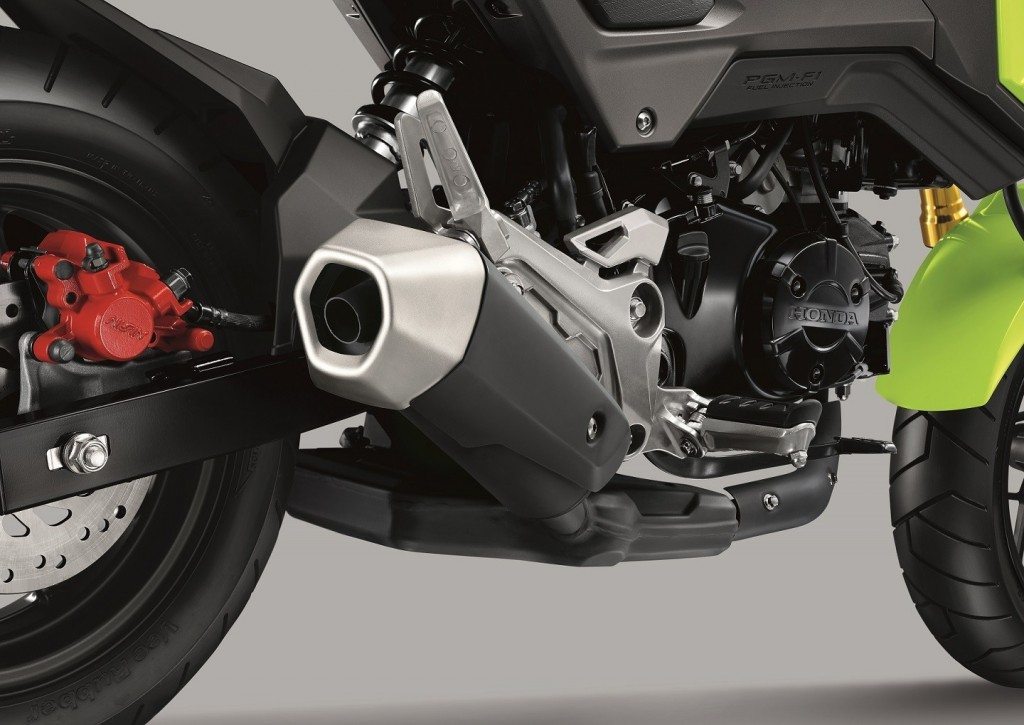 Honda Thailand brought their new MSX125 SF on board by demonstrating the bike’s capabilities through a story spanning four videos. The videos show a guy kidnapped by a gang of bikers, who call themselves ‘The Clutcher’. The gang gives the guy the new Honda MSX125 SF and tests his skills through different scenarios.

Here are the videos of Honda’s ‘The Clutcher’ campaign for promoting the Honda MSX125 SF.