Remember KTM’s radar based rider assist system that we reported a few weeks ago? The Austrian two-wheeler brand is working on sensor-based Adaptive Cruise Control and Blind Spot Detection which are designed to ‘prevent collisions from the front and rear respectively’. Now, KTM has released a new video which explains the system in details and shows it in action. Check out the video below:

When will the new system reach the market? As reported earlier, the system is still under development and our best guess is that KTM will introduce the technology some time around the launch of Ducati’s Advanced Rider Assistance Systems, which is scheduled to happen in 2020. 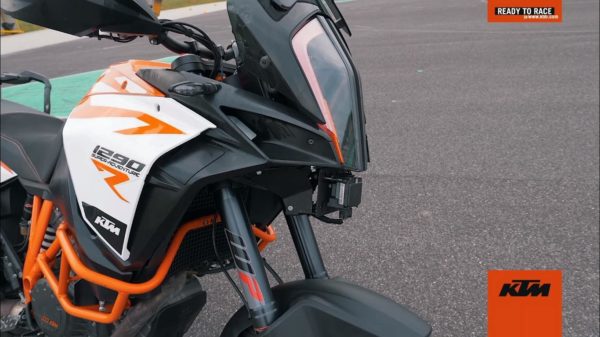 How does the system work?

Using the front sensor, the Adaptive Cruise Control is activated when the cruise control is engaged. The system detects the vehicle ahead and uses automatic throttle and braking to maintain a safe distance. Currently the system adjusts the speed to maintain a pre-defined distance of 2-seconds. However, the production spec version will let the rider adjust the gap depending on his/her preference. If the system detects a collision, Adaptive Cruise Control will automatically apply brakes. At the rear, the radar will detect vehicles moving in from the rear and alert the rider by illuminating three amber LED lights embedded into the mirror as well as the TFT dashboard.