Whenever you drive a friend’s car, you drive it carefully so as to not make a single scratch on it. People who go on test drive also sometimes do the same with the test drive vehicles, although some like ripping them. 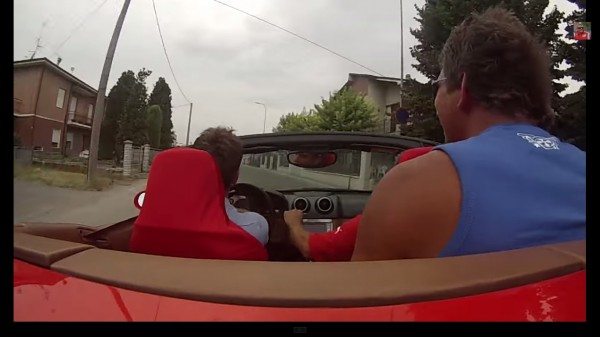 In Ferrari’s home town, Maranello, a guy set out on a test drive of the Ferrari California with a camera to record the drive. Poor him, never could have thought the camera could record his foolish deed of crashing a Fezza into a wall. The video begins with the driver doing some quick bursts. After some intersections and roundabouts, he enters a residential area. While taking a 90 degree left hander, he steps on the gas before exiting the turn, does some quick powerslides and eventually crashes the California into a compound wall.