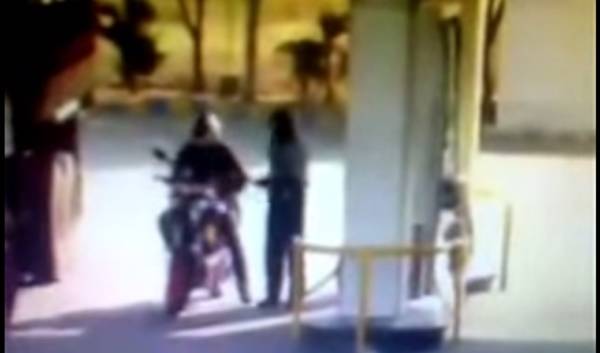 Next time you visit a fuel station, make sure you keep an eye at the level of fuel being filled into your vehicle, especially if you are on a motorcycle. This particular person in the CCTV footage, re-fueling his KTM Duke motorcycle, learnt the lesson in the worst way possible. Now before drawing conclusions that KTM Duke motorcycles tend to get very hot during operations and that is the reason for this mishap, let us understand what exactly happened.

Here is the CCTV footage of the entire episode:

It seems that the tank might have overflown with fuel and while the attendant drew the nozzle out of the tank, a good amount of petrol would have seeped onto the hot engine causing this freak accident. A major episode was avoided thanks to the quick thinking of brave employees at the fuel station who immediately rushed to the ball of fire with extinguishers. While the people in the video had a near death experience, the rider would have faced severe burns as his pants caught fire. 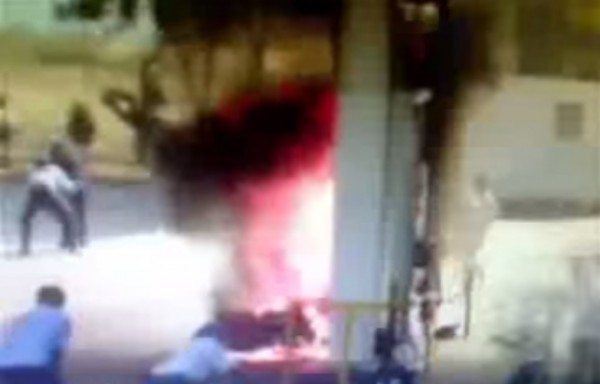 Besides the regular do’s and don’ts, it’s a good idea to get down from the motorcycle whenever you are filling petrol, especially at times when you are filling the tank to the brim. It is recommended to shut the engine down while filling the tank. Also, keep an eye on the tank and the level to which the fuel has been filled up and ask the attendant to stop before the tank overflows.

What other steps would you like to recommend to fellow riders? Share your opinions with us through the comments section below.