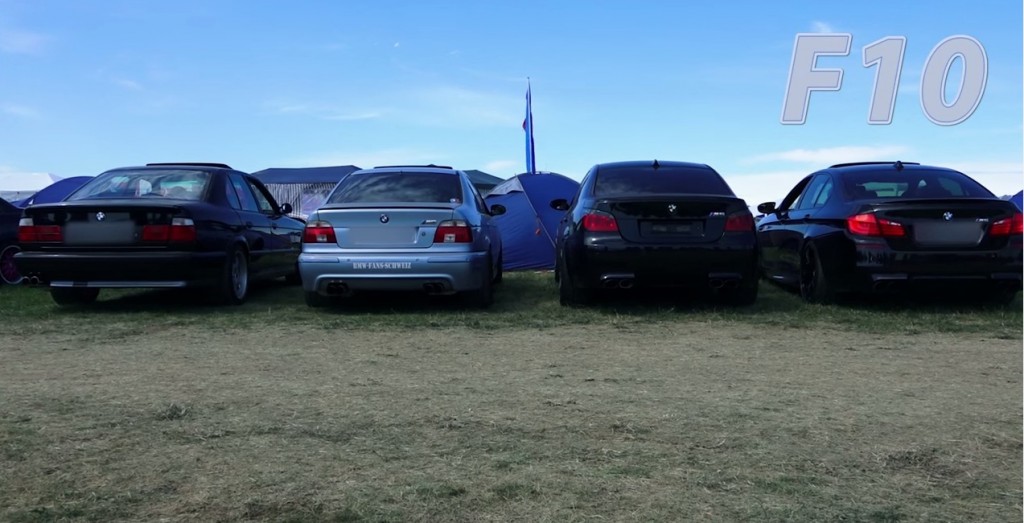 Almost every hardcore fan lamented BMW for killing the sound of the M5 in its newest F10 iteration. More amazing than ever, as the car may be dynamically (read our review here), it just doesn’t match the sonorous legacy of its naturally aspirated predecessors. The forced induction introduced for the first time on the M5 has affected its aurally pleasing character to an extent that the company has to fit speakers inside the cabin to let the driver listen to the motor. Turbo charging is the way to go, though, and in a world where even Ferrari has succumbed to the efficiency and output related advantages associated with forced induction, it wouldn’t exactly be fair to blame BMW.

The M5’s of yore, however, had an aural charisma of their own. Those old-world free-breathing engines revved to the moon and back without a whimper, delivering intoxicating performance along the way. Thanks then to the good blokes at BerlinTomek who have brought together these fairytales of the past and made them stand next to their newest, vocally strangulated sibling. The difference in the sound is there for all of us to hear.

While no one is ever going to give the newest F10 M5 a chance as the sweetest sounding M5 of them all, the previous three generations have a character and appeal of their own. You may listen to each one of them individually and love them all for their unique character. The E34, the E39 and the E60 play a soundtrack which is music to the petrolheads’ ears. So which one do you like best? Do let us know via comments.