The 2015 Ford Mustang has made its video appearance many times. We brought many of those videos to you,  some of which can be checked out by clicking here. 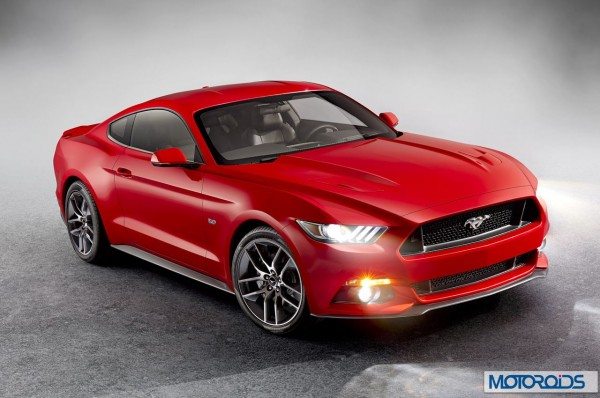 Until now, the Mustang’s production model wasn’t filmed on public roads. But, this new video shows the Mustang 5.0 GT hitting the highway. Although the video clip is less than a minute in length, we will bring you more footage of the new Ford Mustang when it surfaces on the web.

The 5.0 GT Mustang cranks out 420 bhp of max power and 528 Nm of max torque. Power is transferred to the rear wheels via a six speed manual or a six speed automatic. The Mustang is also available with a 3.7 liter V6 and a 2.3 liter Ecoboost engine. The V6 produces 300bhp of power and 366 Nm of peak torque, and the 2.3 liter Ecoboost produces 305 bhp and 406 Nm of peak torque along while also delivering great fuel efficiency, thanks to the new technology engine. Also, the car is believed to have undergone a weight loss of 90 kilos, when compared to its predecessor.