Home Chevrolet VIDEO : Check out how the 2015 Chevrolet Corvette Z06 Sounds like

We reported in detail when Chevrolet recently unveiled the Corvette Z06 at the North American International Auto Show in Detroit. Now, thanks to Youtube user DtRockstar1, we have the exhaust note of the car’s supercharged 6.2 liter V8.

Check out the video here:

As already known, the new 2015 Chevrolet Corvette Z06 is powered by an all new 6.2-liter V8 LT4 supercharged engine that is aided by a 1.7-liter Eaton supercharger and an inter-cooler. The car’s engine has a max power of 625 bhp (466 kW) and a peak torque of 635 lb-ft (861 Nm). This is a whole 115 hp more than the outgoing Z06′s naturally-aspirated 7.0-liter V8 unit. The 2015 Chevrolet Corvette Z06 is available with either a 7-speed manual gearbox or a new 8-speed automatic transmission. 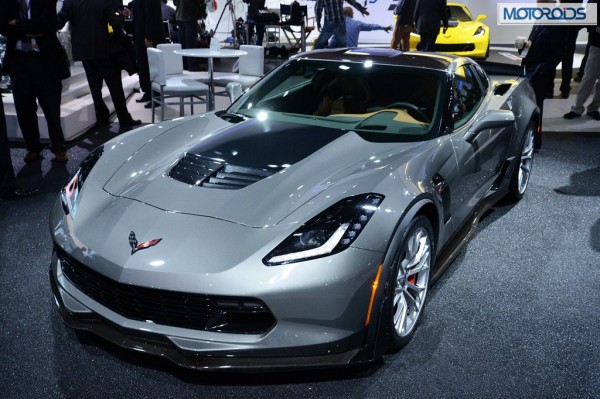 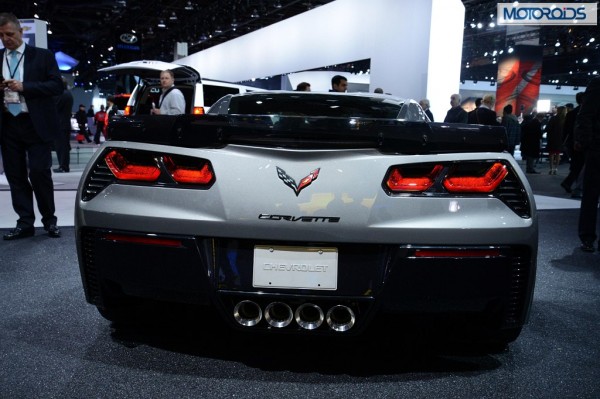 GM says the car will be “the most track-capable Corvette ever, designed to deliver supercar levels of performance through unique powertrain, chassis and aerodynamic features.”

The 2015 Chevrolet Corvette Z06 also features an optional performance data recorder. Chevrolet introduced the Performance Data Recorder system which has been co-developed with Cosworth at Consumer Electronics Show (CES) in Las Vegas. The system consists of a 720p high-def camera located in the windshield header, a cabin-mounted microphone and a GPS receiver which can track the Stingray’s location five times quicker than the navigation system.

Using this system the driver can record his actions behind the wheel and also has the possibility of overlaying the footage with telemetry data which then can be saved on the 8GB or 32GB SD card installed in the glove box compartment. The recorded data can be analyzed on the vehicle’s dashboard screen or it can be accessed from a computer and further analyzed using Cosworth’s Toolbox software.

Since the Stingray prices start from USD 63,000, the Z06 is expected to be priced around USD 80,000. Deliveries of the new 2015 Chevrolet Corvette Z06 will commence early next year.