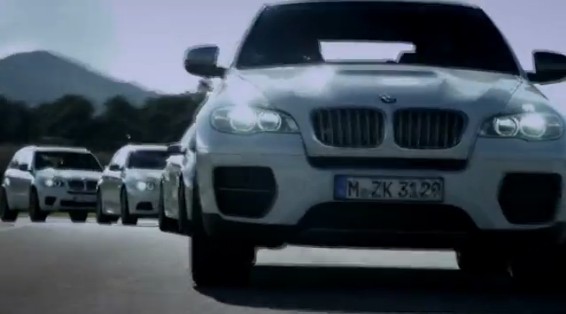 A few years back, Bimmer fans would have committed suicide on seeing something like this. Not today, in a time when diesel cars more often than not outrun their petrol counterparts. BMW knows this, and is one of the first premium carmakeres to flaunt a range of diesel vehicles as part of its performance range. Some may call it a risky ploy, but BMW, with their spanking new tri turbo diesel engines which are poised to set new benchmarks in performance for oil-burning cars.
The first fleet of BMW cars featuring these engines includes the 5 series M550d xDrive sedan and touring, the X5 M50d and the X6 M50d. They are all propelled by a 3.0-liter inline-six tri-turbo diesel engine dishing out 376bhp of power, and is mated with a eight-speed automatic gearbox. The lightest of the above, the M550d sedan, can sprint from 0 to 100km/h in  4.6 seconds flat.

BMW have released a video showcasing these new soldiers in its M-fleet. Have a look