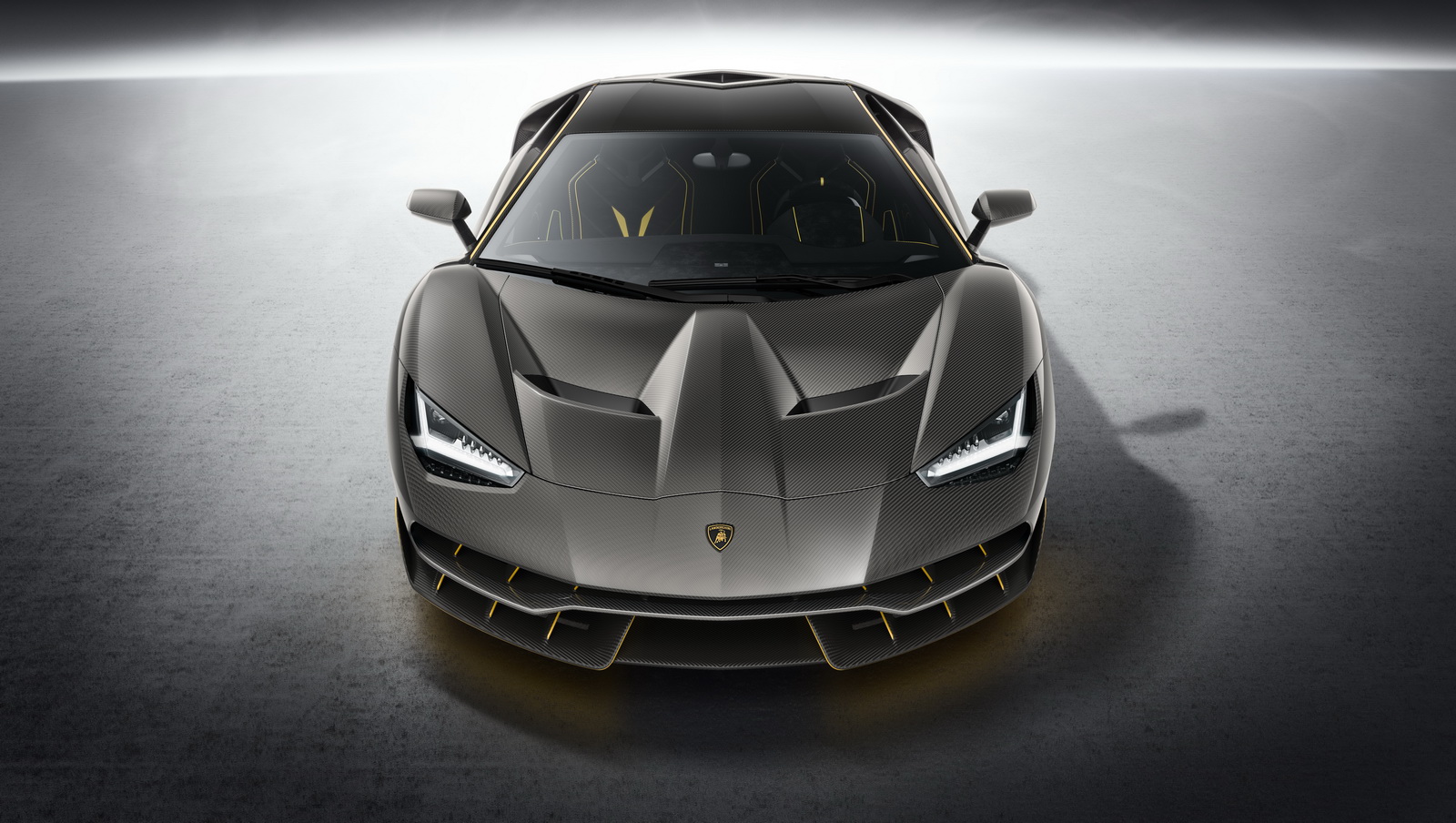 Lamborghini has been known to come out with various limited edition models from time to time. The Italian supercar manufacturer launched a number of models which were sold in limited numbers with the latest one being the Veneno. The Veneno, just like the Aventador Super Veloce (SV), was another limited edition supercar that was based on the Aventador. Our focus today is not on these, but yet another model based on the Aventador and goes by the name of Centenario. The name Centenario was chosen to commemorate the centenary of its founder, Ferruccio Lamborghini. When announced, this limited edition model was reported to roll out with loads of carbon fibre and it does stay true to the promise. 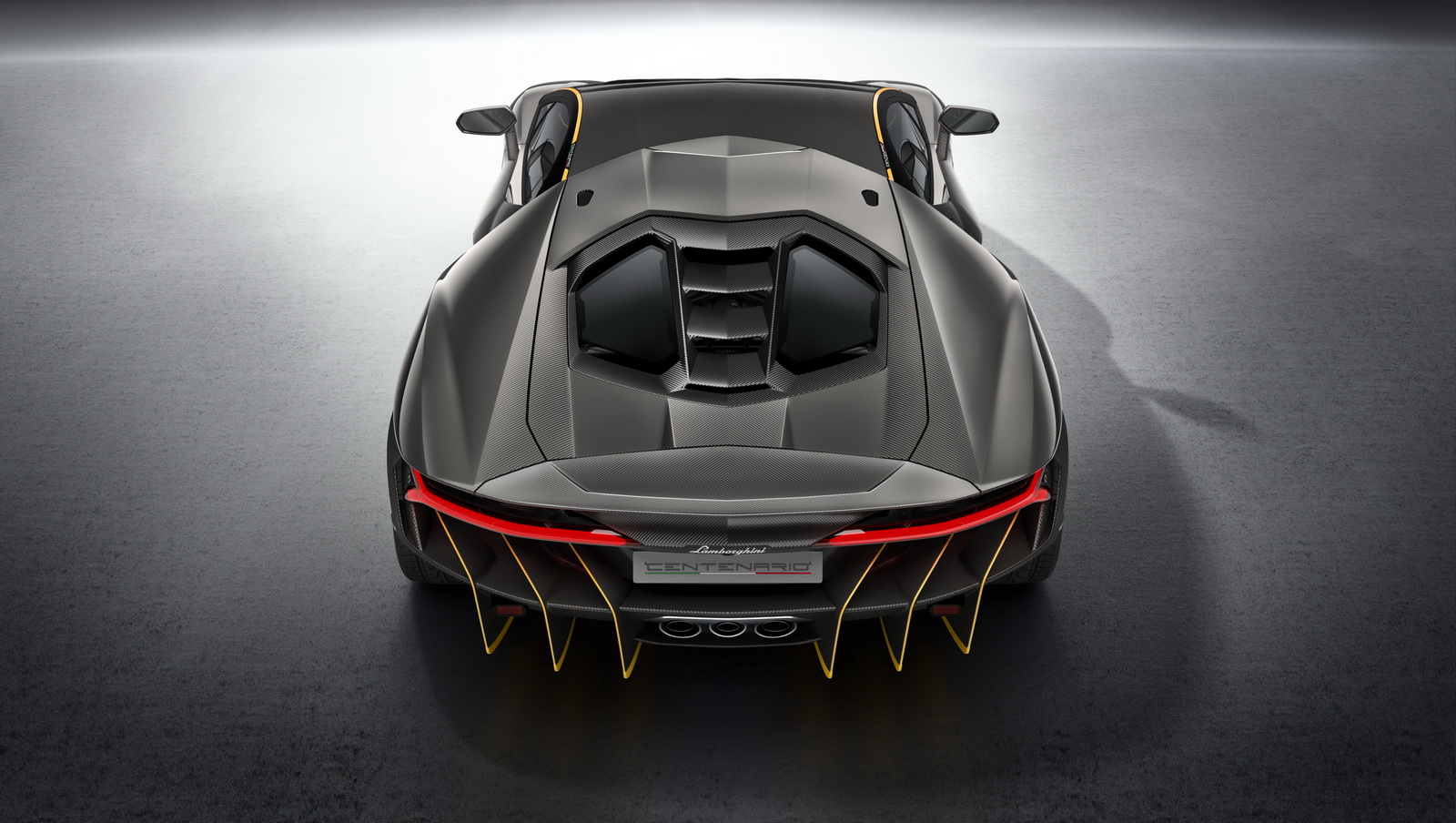 Aesthetically, the Centenario is a few stages ahead of the Aventador but also some notches down as compared to the Veneno. Images suggest that this recently unveiled supercar is longer than the Aventador although there is no official word from the company as yet. When compared to the Aventador, the front fascia receives slimmer headlamps, a redesigned front bumper with sleeker vanes and ribs apart from a new bonnet with trenches. The vanes can also be seen at the posterior of the supercar, as well as on the engine cover. The tri- exhaust setup sits bang in between on the rear bumper and is bound to make quite an uproar.

Visible on either sides are aerodynamic sills and air vents ahead of the rear wheel arch. Also seen are 5 spoke wheels wrapped in Pirelli tyres. The Centenario on display at Lamborghini’s pavilion at the Geneva Motor Show sports a shade of grey along with a dash of black here and there. The yellow coloured accents on the car offer a great contrast to the overall paint scheme. 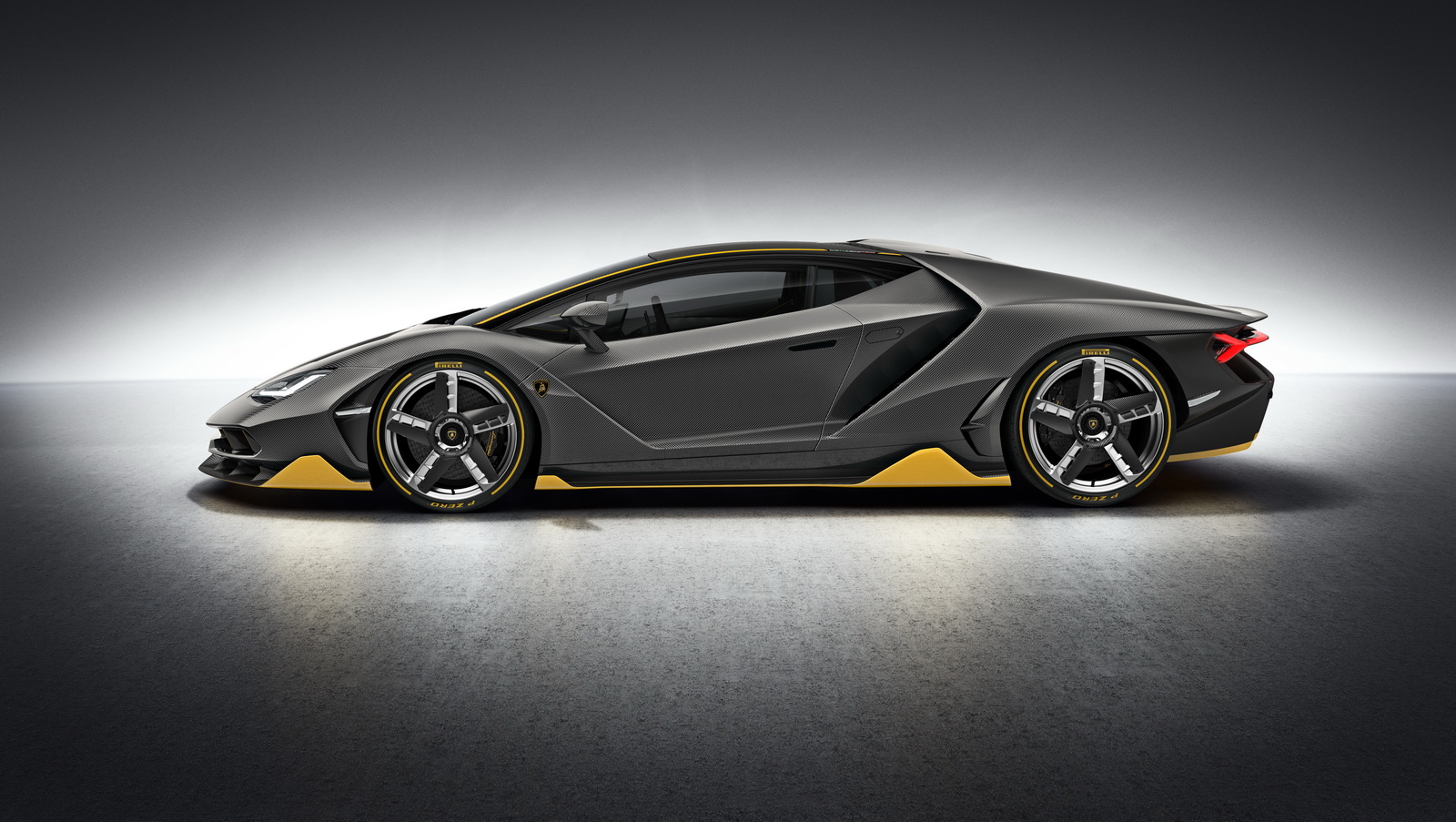 Powering this raging bull is the conventional 6.5 litre naturally-aspirated V12 engine. The difference being that the engine has been now tuned to produce 770 hp (up from700 hp on the Aventador). The Centenario can thus, sprint to 100 kmph from a standstill in 2.8 seconds, while 0-300 kmph comes up in 23.5 seconds and the top speed of this beast from Sant’agata Bolognese stands at more than 350 kmph.

Coming to the interiors, the Centenario will come with standard features such as carbon fibre sports seats, door panels made of Alacantra as well as carbon fibre, satellite navigation, a high definition 10.1 inch touch-screen, and Apple CarPlay . Optional features features would include two cameras on the inside apart from a range of other custom features based on the client’s preference. 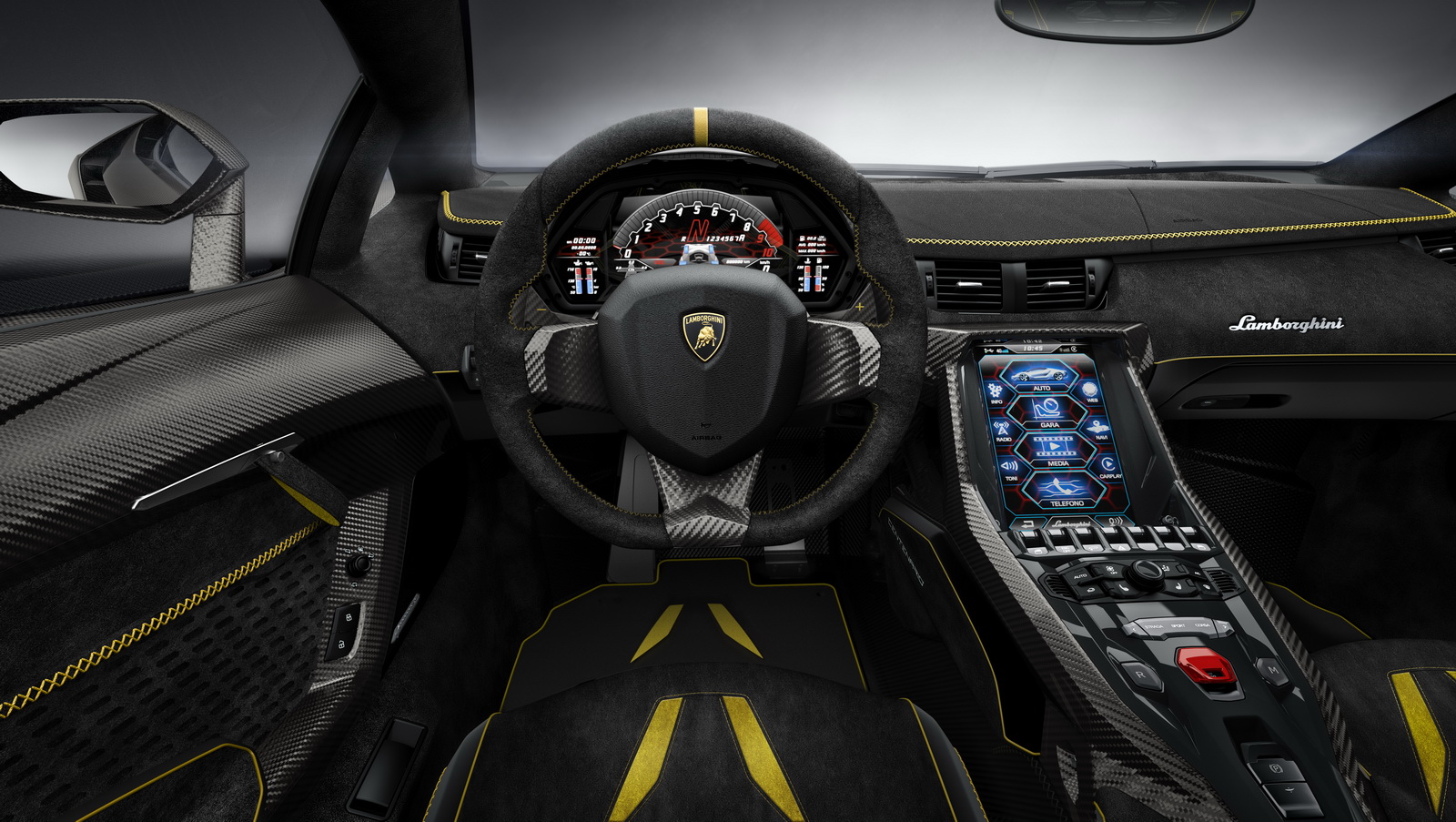 Although the Centenario has just made its debut at the ongoing 2016 Geneva motor Show, all the 40 models, including the 20 roadsters and 20 Coupe’s have already been sold out. This, despite the fact that the Centenario priced at an amount of €1.75 million (approximately INR 16 crores).

Have a look at the official video of the  Lamborghini Centenario below:

Following is the image gallery for the Lamborghini Centenario: