While we’re yet to hear about any further details about the Honda CBR250R for the Indian market, fellow riders in Indonesia are enjoying the more advance and powerful CBR250RR. In latest updates, they’re soon going to be able to purchase a special edition variant of the quarter-litre motorcycle.

Sharing the stage with the new Honda CBR1000RR Fireblade and the RC213V-S at the Gaikindo Indonesia International Auto Show (GIIAS) 2017 was the 2017 CBR250RR Special Edition “The Art of Kabuki” at the ongoing motoring event. Presented by PT Astra Honda Motor (AHM), the special edition depicts the traditional culture of ‘Kabukimono’ originating from the Sengoku era around the end of the 15th century AD. The era is known as the Samurai who became a brave and tough icon as he devoted himself to society. 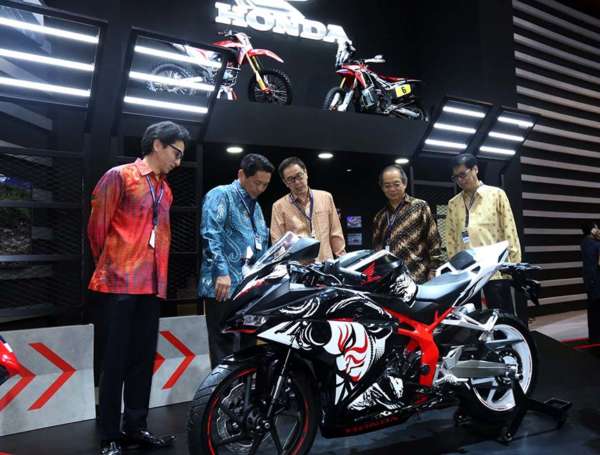 The special edition motorcycle receives new graphics on the fairing and the fuel tank. The black paintjob gets contrasting highlights too on various parts such as the headlight, fairing and wheels. The frame has been painted red while the bodywork gets black and white finish. The front wheel is painted black while the rear gets a shade of white. Both feature red rim tapes.

Check out the special edition in video below: